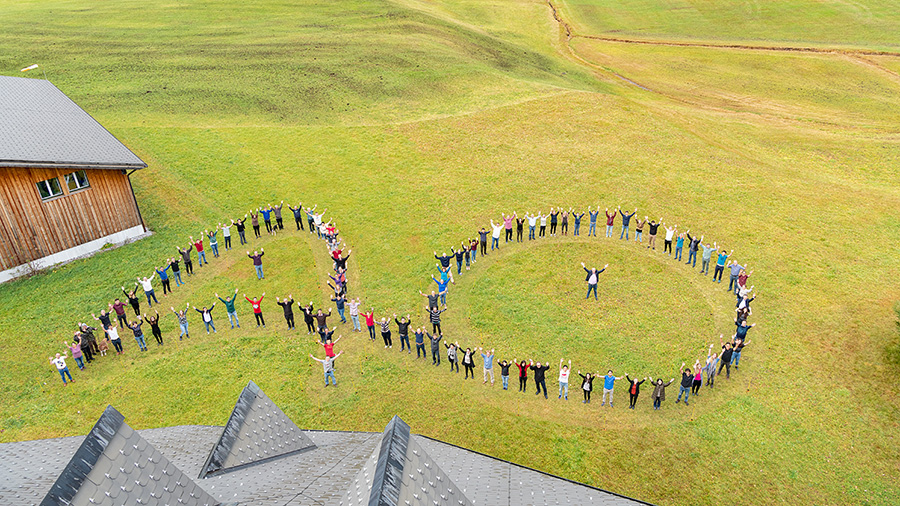 Several ARI team members have taken up positions within research societies this year in an expansion of the institution's long-standing commitment to international scientific exchange.

A number of additional representatives of the AO Research Institute Davos (ARI) have taken up roles with various academic associations around the world, further strengthening the institution's connections with the international scientific community.

Prof Martin Stoddart, ARI Program Leader Regenerative Orthopaedics, was elected as EU member at large to the governing board of the Tissue Engineering and Regenerative Medicine International Society (TERMIS). Over his three-year commitment, Prof Stoddart will act as a liaison between the society's European and global committees.

Meanwhile, having completed a successful term as TERMIS global president, ARI director Prof Geoff Richards has taken over the chair of the society's International Fellows (FTERM).

ARI research scientist Dr Elena Della Bella was made a member of the Scientific Communications Committee of the Orthopaedic Research Society (ORS), while Assoc Prof Dr Zhen Li was elected as Section Treasurer for the ORS Spine Section Board. Both appointments serve to underscore the ARI's longstanding connection with the ORS, which was first established by ARI's current Vice Director Prof Mauro Alini over twenty years ago.

To Prof Stoddart, engaging with scientific societies around the world is much more than a chance for ARI to raise its profile: "Involvements like these provide valuable occasions for researchers to engage in scientific exchange."

According to Prof Stoddart, they also allow institutions like ARI to shape societies and to play a role in where they go next. As a recent example, he cites Prof Richards who, as TERMIS global president, placed that society on a firmer financial footing by abandoning its previous membership system that was tied to the annual conference registration fee in favor of a subscription model.

"What's more, scientific societies are also a great way for young researchers to develop their careers," Prof Stoddart adds. "And at some point, there comes a time to give back and help others get ahead with their careers, for example through mentorships or advice sessions with students."

Among ARI's other society commitments are Dr Matteo D'Este, leader of the ARI's Biomedical Materials focus area, who currently sits on the Executive Committee of the Swiss Society for Biomaterials and Regenerative Medicine (SSB+RM) and on the council of the European Society for Biomaterials (ESB). Dr Sophie Verrier is the current President of the Swiss Bone and Mineral Society (SBMS). ARI PhD student Yann Ladner serves on the executive committee of the SSB+RM as its Young Scientist Representative. ARI PhD student Daphne Van der Heide became a member of the SSB+RM in 2021.

Stephan Zeiter, program leader of ARI's Preclinical Services program, serves as president of the European College of Laboratory Medicine (ECLAM) as well as co-president of the Naturforschende Gesellschaft Davos (NGD). He is also a co-founder as well as a committee member of the European Academy of Laboratory Animals Surgery (EALAS) and a member of the scientific committee of the Swiss Laboratory Animal Science Association (SGV).