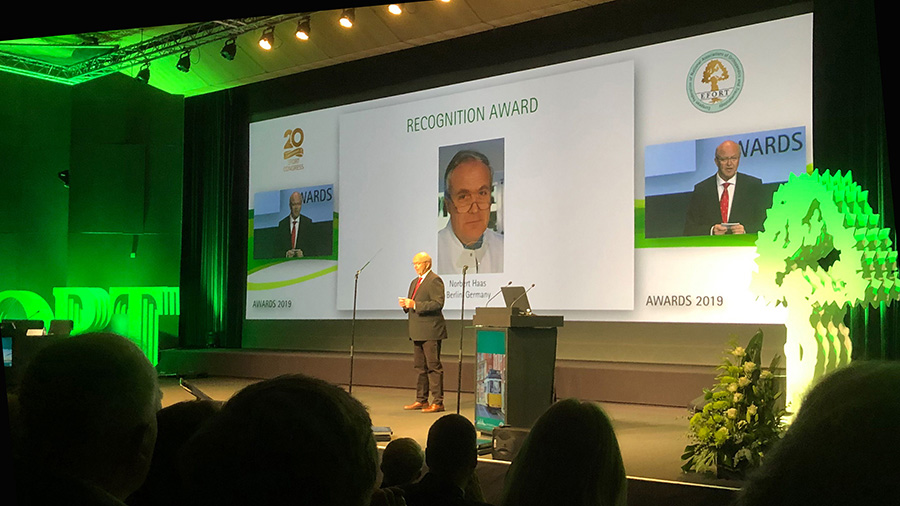 The 20th EFORT Congress, the largest platform for European orthopedics to exchange knowledge and experience with colleagues from all over the world took place in Lisbon, Portugal, June 5-7. The AO Trauma/AO Recon Symposium on Periprosthetic Fractures on June 5 was a highlight of the event. Approximately 200 participants attended this stimulating symposium on intersecting areas in trauma and arthroplasty.

AO Trauma and AO Recon are committed to delivering the highest quality education, and their inclusion in this year's scientific program at EFORT is testimony to the benefits that all parties derive from cooperation in this field. This move represents a significant renewal of the longstanding cooperation between AO and EFORT in pursuit of their common goal – the promotion of excellence in education in trauma and orthopedics. The AO has committed to contributing topical symposia to EFORT's annual congress as an integral part of its scientific program.

At this year's event, respected German trauma surgeon Professor Norbert Haas was honored for his lifetime contribution to the treatment of trauma at the 20th EFORT Congress. Professor Haas has made a significant impact on the development of orthopedics and traumatology. He is also a central figure at the AO. Since his first contact with the AO in the 1970s, Professor Haas has played an important role in the AO's development. In his capacity as Board Member of the AO Assembly of Trustees, in his role as Chair of the AO Technical Commission Trauma, as AO President, and also in his development of AO Recon from an initiative into a fully-fledged clinical unit.

Professor Haas' agile leadership and ability to bring people together has been integral to the renewed cooperation between AO and EFORT.

Those attending the AO Trauma, AO Recon symposium heard Fares Haddad explore the epidemiology, risk factors, challenges, outlook, and classification of periprosthetic hip fractures. George Babis looked at periprosthetic fractures of the hip and Karl Stoffel covered knee fractures. Carsten Perka took those present on a stimulating journey through what not to do in fracture treatment, and the event concluded with a lively discussion.

In addition to showcasing everything AO Trauma and AO Recon have to offer, the ever-popular AO booth gave people attending EFORT the opportunity to learn more about the AO, its global network, and its flagship educational event the AO Davos Courses.
﻿