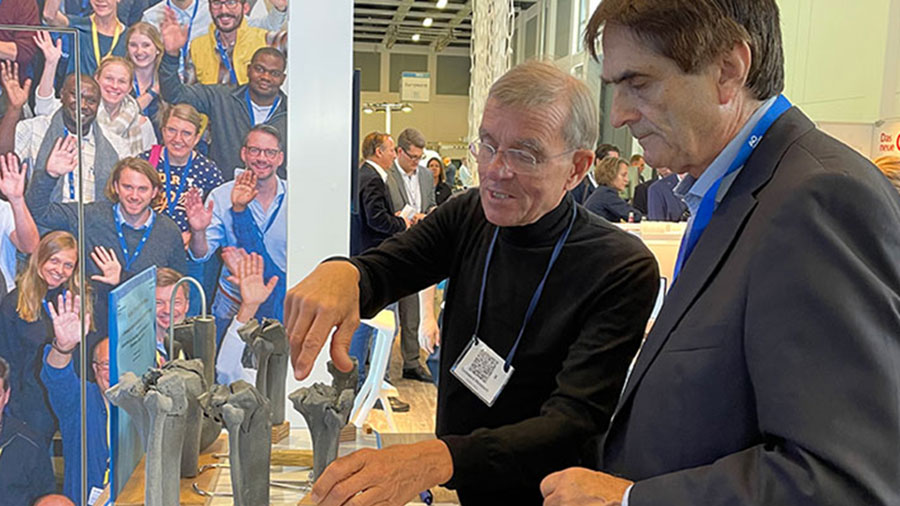 With three successful pilots to its credit and an appearance at the AO Davos Courses 2022 just ahead, a new Strategy Fund-supported project—Flexible, 3D-Printed Bone Models—represents a step forward for musculoskeletal education as well as surgical planning. The brainchild of past AO Technical Commission (AO TC) member Dankward Höntzsch, MD, the flexible and manipulable, fracture models are an improvement over existing bone models because they allow simulation of both fracture reduction and osteosynthesis.

It’s not surprising that the concept originated with Höntzsch: He calls himself “technically oriented” and might have become a carpenter if he had not pursued a career in medicine. Höntzsch, who was the 2016 recipient of the AO Recognition Award for AO TC members who have made significant career contributions to the AO and achieved meaningful impact on product innovation and patient care, said the idea for the Flexible, 3D-Printed Bone Models, came to him at a course he was supervising.

“3D-printed bone models are common at courses, and I was looking at the 3D-printed bone model I was holding in my hand. No one was complaining about this kind of model, but I noticed that it doesn’t make much sense because all of the fracture fragments are fixed,” he noted. “You cannot move anything. You can only look at and touch the model—nothing more.”

What did make sense in Höntzsch’s ever-inventive mind was a flexible fracture model that course participants could manipulate in order to simulate reduction and fixation.

“As soon as I got home from that course in Cologne, Germany, I went right to my cellar workshop and began tinkering—giving form to my idea,” he recalled. “First, I made some prototypes with some springs but those didn’t work.”

As luck would have it, Höntzsch had a connection to marenco swiss in Pfäffikon (canton of Zurich, Switzerland). With 30 employees, the company specializes in engineering and design for mechanical development and had already collaborated successfully with Höntzsch on the development of a ceramic and friction based clamp for external fixators.

“I knew that marenco swiss had a 3D printer, so in one of my meetings with them in Pfäffikon, I took my idea and initial prototypes with me,” said the retired surgeon from Tübingen, Germany. “At the end of the meeting, I put my prototype on the table and asked, ‘Can you make this?’”

Within a week, marenco swiss had created a prototype Flexible, 3D-Printed Fracture Model.

“I am not easily impressionable, but their speed impressed me,” Höntzsch said. 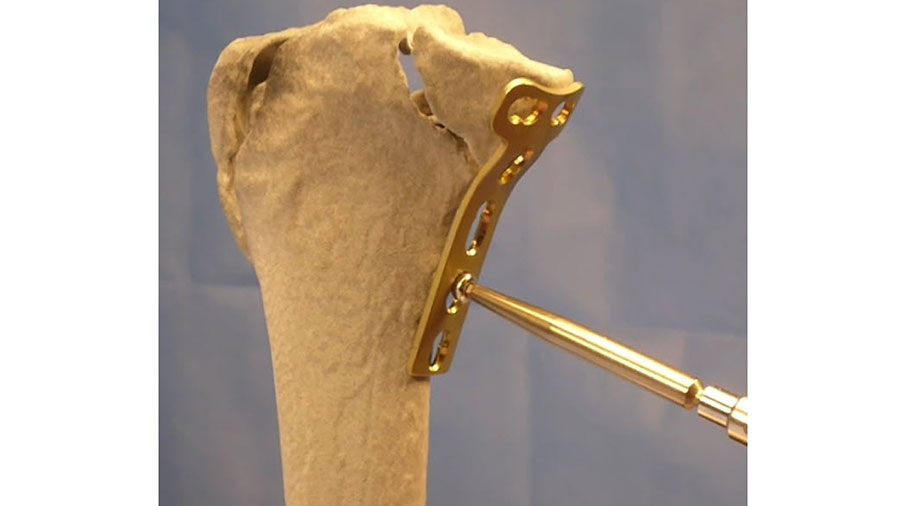 Simulationof osteosynthesis
Höntzsch and marenco swiss were off and running on another collaboration. In spring 2022, they filed an international patent application shared with marenco’s Raffael Heierli (head of engineering and a member of the company’s executive board) and Bedran Atici (design development engineer).

“Prof Höntzsch was immediately enthusiastic about our results and recognized the potential applications of these Flexible, 3D-Printed Fracture Models,” said marenco swiss CEO Rolf Spichtig. “The biggest challenges were translating the scanned data into the language of the 3D printer: The better this translation succeeds, the more realistic the printed model will be. Second, the imaging of the different categories of fractures is challenging; from simple fractures to more comminuted fractures, more and more fragments are added. With our tentacle system, these fragments stay on the bone and can be pushed into their original position.”

“For us, the collaboration between medicine, modern technology, and engineering performance is enormously exciting,” Spichtig said.

Höntzsch agreed, emphasizing that in addition to serving as a teaching tool, the Flexible, 3D-Printed Fracture Models can be used for surgical planning.

Do you want to learn more? Contact the AO's Technology Transfer.

Do you have an idea to potentially improve patient care or surgeon education?

AO's innovation funding can support you!