One of Balázs Erdőhelyi's most vivid memories of his fellowship at the AO Research Institute Davos (ARI) is of the coffee machine in the communal break room. That's not, however, because the Hungarian computer programmer is such an avid coffee drinker—Erdőhelyi doesn't in fact drink the black stuff at all—but, he says, because he thinks back on it as a vibrant gathering point, an exchange platform for interesting ideas, cutting-edge concepts and unusual viewpoints. "It was an unwritten rule that everyone would always take their coffee break at the same", Erdőhelyi remembers. "It meant that I got to spend my breaks talking to medical doctors, biologists, surgeons, and engineers among others, which often influenced and inspired me."

Erdőhelyi joined the ARI as a non-medical research fellow for six months in 2010. Having earned his master's degree in mathematics and software engineering from the University of Szeged in southern Hungary in 2000, he spent much of the subsequent decade at his alma mater working on software-based solutions for use in the medical sector. Initially, he contributed to a virtual tool for surgical planning in the field of traumatology. Later, as an assistant lecturer at the Department of Image Processing and Computer Graphics, he devised a finite element method application for testing static loads on bones and orthopedic implants.

At the ARI, Erdőhelyi focused on the area of machine learning. Working with his supervisor, Lukas Kamer, he prepared a computer software that was able to automatically determine the severity of a pilon fracture based on a CT scan of the affected tibia, or shinbone. "The idea was to provide the application with a sufficient amount of visual data, enabling it to learn how to classify fractures by severity", Erdőhelyi explains. "Subsequently, the application would be able to autonomously place fractures in different severity classes based on their CT images."

The time at ARI made a lasting impression on Erdőhelyi; six months after his fellowship ended, he returned to join the institute's staff for an additional year. 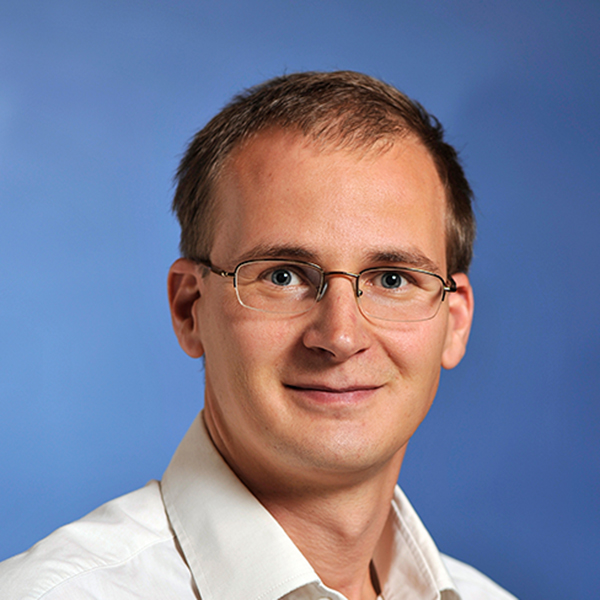 “I really enjoyed working in an environment where the academic world, which I often find too theoretical, and industry, which is often very results-driven, overlap”

In fact, Erdőhelyi appreciated the ARI's specific approach so much that he still works for a research institute today.

On a personal level, Erdőhelyi also often thinks back to his days in Davos. Together with his young family—his wife and two children accompanied him to Switzerland—he used the weekends to experience as much of the Alpine landscape as possible. "Szeged is situated in the middle of a plain with no mountains within a 200-kilometer radius," he says. "Switzerland is completely different, and it has made a lasting impression on me. I remember my time in Davos as a very happy one."
﻿