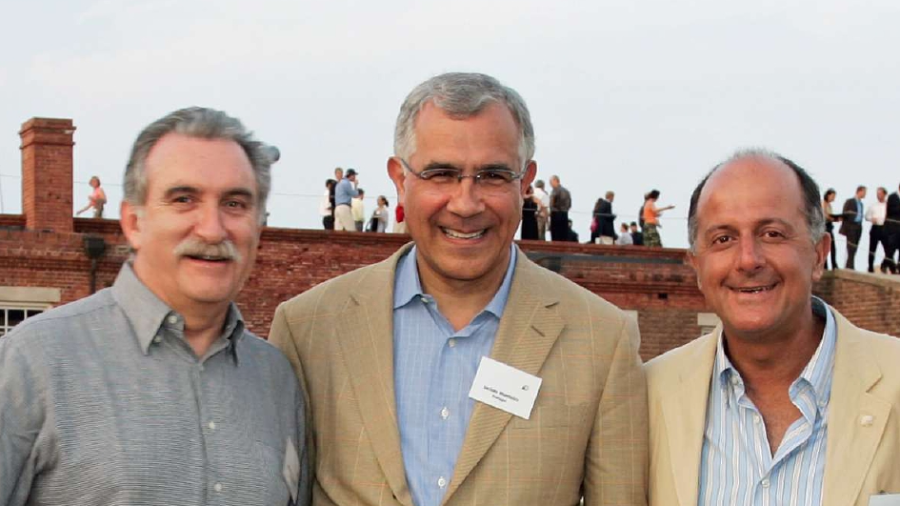 The AO community mourns the death of Prof Jacinto Monteiro, MD, (pictured center, above) who died on May 16, following a long illness. Monteiro, an AO senior trustee from Lisbon, Portugal, is remembered by his AO colleagues as a highly regarded academic authority, a brilliant surgeon, and a cherished friend.

Monteiro, professor of orthopedics at the University of Lisbon, Faculty of Medicine, which is where his distinguished career orthopedics began. The pinnacle of his clinical career was serving as director of the orthopedics departments at Hospital de Santa Maria and Centro Hospitalar Universitário Lisboa Norte.

Monteiro is remembered by colleagues at the University of Lisbon Faculty of Medicine for “the calm and wise way in which he…always participated in the life of our school and as a member of some of its governing bodies.”

“His commitment and sense of institutional duty left a mark on all those who had the privilege of living and working with the professor and his example will certainly last for generations to come,” the university said in a statement.

Likewise, Monteiro’s AO colleagues remember his many contributions, as well as his warmth.

“[Jacinto Monteiro was] a mentor, teacher, and friend whose gentle demeanor and friendly, inquisitive mind helped pioneer AO Foundation progress in Portugal and the world,” said AO Past President and Johns Hopkins School of Medicine Distinguished Service Prof Paul N Manson, MD. “His help at the AO Trustees’ Meeting in Lisbon in 2010 was instrumental in its success. Our many fond memories of this special person and friend will not be forgotten.”

“A respected academic authority, gifted surgeon, and a warm friend has departed too soon,” Quintero said.

The AO extends its condolences to Monteiro’s family, including his two grandsons.