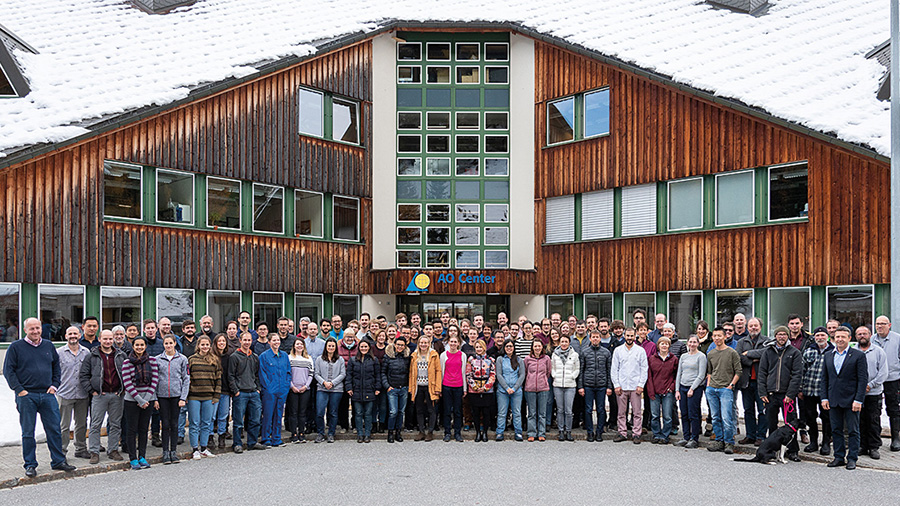 The AO Research Institute Davos (ARI), which celebrated its 60th anniversary on June 22, has pioneered a significant number of scientific breakthroughs over this time. These advances ranged from providing—during the AO’s first decade—scientific support that enabled compression fixation and developing the dynamic compression plate (DCP), an implant function that is still the backbone of tissue-friendly internal fracture fixation, to the groundbreaking digitalization-enabled treatments under development today. Five directors have led the institute’s march to the future of patient care, each bringing a passion for the research so essential to the evolution of evidence-based medicine. “Research is central to the AO. AO founding father Maurice E Müller knew that research had to be a really strong arm to push the founders’ ideas through to acceptance,” said AO Research Institute Davos Director Prof Geoff Richards, who has led the institute since 2009. “He chose Martin Allgöwer as the first director in 1959 because of his interest in research.”

Allgöwer and his small team focused on polytrauma, particularly the pathology of burns and the histology of wound care. In addition to his considerable scientific research skills, Allgöwer also made solid and convincing arguments and, as cofounder Müller once said, had “a charisma that made him a good mentor.”

In 1969, Fleisch—at only 36—was awarded a full professorship leading the University of Bern’s Institute of Pathophysiology. He was succeeded as AO Research Institute Davos director by Prof Stephan Perren, who was one of the four AO Foundation founding fathers; the AO Foundation was founded in 1984 from the AO association at the time: Association for Internal Fixation (AO/ASIF).

Perren moved AO Research Institute Davos’s research emphasis toward mechanobiology of tissue repair, with a focus on the interaction of mechanical and biological influences on bone formation, remodeling, and healing. Under his leadership, important strides were made in internal fracture fixation, including the development of plates with limited and no contact with the underlying bone avoiding contact necrosis and tissue-friendly surgical procedures. Perren, who left AO Research Institute Davos in 1997, is globally renowned for his strain theory explaining tissue deformation as a critical mechanical factor that controls fracture healing. Today, at 87, he is a senior scientific advisor and remains active in research at AO Research Institute Davos. Lauded as an icon and a visionary, he is equally revered for his commitment to mentoring young researchers.

“He is absolutely special,” said Vreni Geret, who joined AO Research Institute Davos as a lab technician in chemistry in 1963. “He instilled confidence in us…and was a mentor to me and many other people.”

Perren was succeeded in 1997 by Prof Eric Schneider, who drove a multidisciplinary approach to addressing a wide variety of fundamental and clinical research questions. Under his leadership, AO Research Institute Davos explored new focus areas ranging from fracture fixation of the osteoporotic skeleton to using a combined approach employing conventional load-bearing fixation devices supplemented by biodegradable scaffolds to enhance bone defect regeneration. The multidisciplinary approach was evidenced by the vast array of specialties represented by AO Research Institute Davos staff.

In 2009, Richards—a researcher who holds professorships at respected international universities in Britain, Germany, and China—took AO Research Institute Davos’s leadership reins, pushing the institute toward new frontiers at the dawn of the digitalization-driven Fourth Industrial Revolution.

ARI today is at the forefront of using technology to advance patient care: developing sensors to measure fracture healing, digital systems to aid anatomical positioning of implants, repositioning of fractures and digital aids for accurate drilling and screw insertion, unique bioreactors for mechanical loading of cartilage and disc to mimic degeneration and study regeneration, pioneering the use of microRNA to predict the pace of fracture healing and likely also useful for therapy (theranostics), and use of fully resorbable (degradable), antibiotic-loaded thermo-responsive gel to reduce the infection risk at implant sites. The institute’s motivated teams from preclinical surgery, biomedical services to musculoskeletal regeneration and the infection group are highly interconnected with universities and academic institutions worldwide and attract medical and scientific fellows globally to study at AO Research Institute Davos.

With all these accomplishments, the renowned AO spirit—a shared enthusiasm for solving clinical patient and surgical problems—is a red thread running through AO Research Institute Davos’s innovative orthopedic research and development in support of the AO's mission

“This spirit is certainly very alive in the research institute today,” Perren said.