Energy efficiency at the AO Center 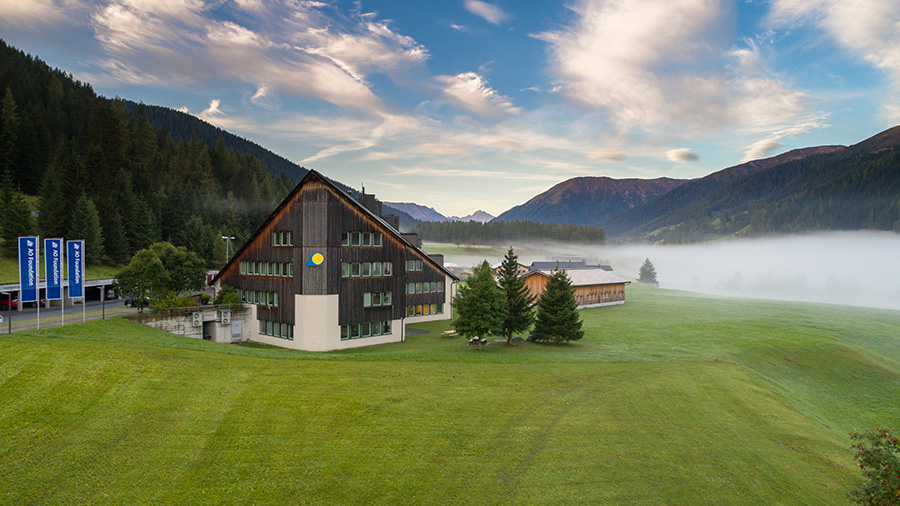 The AO's headquarters, the AO Center, in Davos, Switzerland, has scored significant successes over recent years in increasing its energy efficiency. June 5 is World Environment Day, established in 1974 by the United Nations to encourage global awareness and action to protect the environment. Energy efficiency is an activity that is at the core of the AO Center's operations.

The AO has adopted extensive measures in heating, lighting, server virtualization, and heat pump optimization to reduce energy use, and with savings of CHF 25,000 per year it is ahead of its peers. The AO has been collaborating with the Energy Agency of the Swiss Private Sector (EnAW) since 2014.

These environmentally friendly initiatives are developed, implemented, and overseen by the AO's Facility Management unit, which ranks sustainability as its chief priority. Led by Alex Fierz, this unit has made great strides in both adopting technological solutions and in raising employee awareness about what they can do to help boost energy efficiency at the AO.

Since 2014, the AO has saved 210,000 kilowatt hours of energy, 80,000 of which are electricity – sufficient to power about 20 homes. As a not-for-profit foundation, the AO has a duty to do whatever it can to keep expenses to a minimum, as this frees up resources that can be channeled into the AO's mission of promoting excellence in patient outcomes in trauma and musculoskeletal disorders.
﻿