Celebrating a milestone in the AO's history of innovation

Today, the AO observes a milestone in its long history of innovation: On October 6, 1958, the AO cortex screw—based on a design by AO founder Maurice Müller and produced in just 8 days by engineer Robert Mathys—was fully realized. This ingenious innovation became a core piece of the AO Instrumentarium.

Mathys' drawing of the AO cortex screw dating back to October 6, 1958

Maurice Müller and Hans Rudolf Bloch demonstrating the pre-tapping with an air drill and insertion of the screw at the first AO courses in Davos, 1960

The AO cortex screw has a fascinating backstory. Müller had drafted a design for a new screw for use in solid cortical bone and—having heard that Mathys was an expert in constructing, designing, and machining stainless steel screws but had never produced for the medical industry before—he visited Mathys’ workshop in Bettlach, Switzerland, in the spring of 1958. Müller commissioned Mathys with the task to produce the new screw with a flat head and a recessed, hexagonal hole. Just 8 days later, Mathys came back to Müller with a first prototype. A fruitful collaboration quickly developed between the surgeon and the engineer and by October 6, the AO cortex screw was fully developed.

In his book, Surgery, Science and Industry – A revolution in Fracture Care, 1950s-1990s, Thomas Schlich explained the design and advantages of the screw. Published 20 years ago, the book is a treasure trove of information about the AO.

The complete set of the AO cortex screw with matching instruments

Blueprint of Mathys' drawing including lengths in which the screw was produced
“Its thread was so fashioned that the ratio between metal and bone after screwing it into the bone was one part metal to five parts bone, reflecting the difference in stability of both materials. In addition, the surfaces of the thread were almost at right angles to the pressure they were exposed to. This afforded the screwdriver to transfer force to the screw without applying vertical pressure. As opposed to most of the screws used for osteosynthesis at the time, the AO cortex screw was not self-tapping but required the pre-tapping of a matching threaded hole into the bone. For this, a sharp tap, often powered by an air pressure drill, was used. This procedure, Müller and Mathys claimed, would prevent the microscopic damage usually done to the cortical bone in the process of self-tapping.” 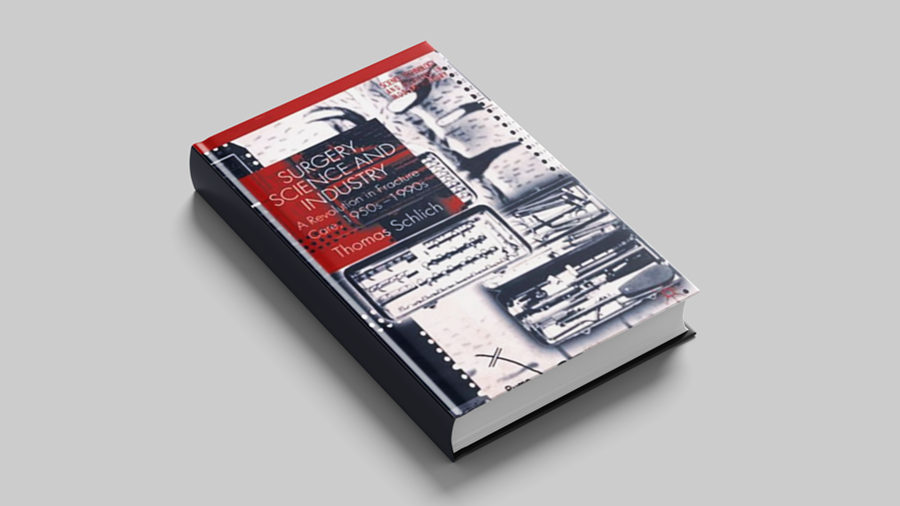