Surgical treatment of fragility sacrum fractures with percutaneous sacroiliac (SI) screw fixation is associated with high failure rates of screw loosening, cut-through and turn-out. The latter is a common cause for complications, being detected in up to 14% of the patients. 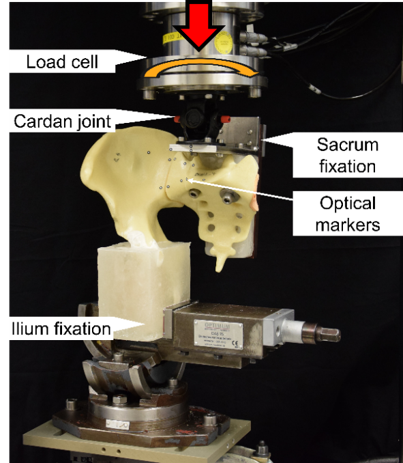 To develop a new screw-in-screw concept and prototype implant for fragility sacrum fracture fixation and test it biomechanically versus transsacral and SI screw fixations.