Stage 1 winners announces: you still have a chance to help rename AO Grand Rounds and win a prize 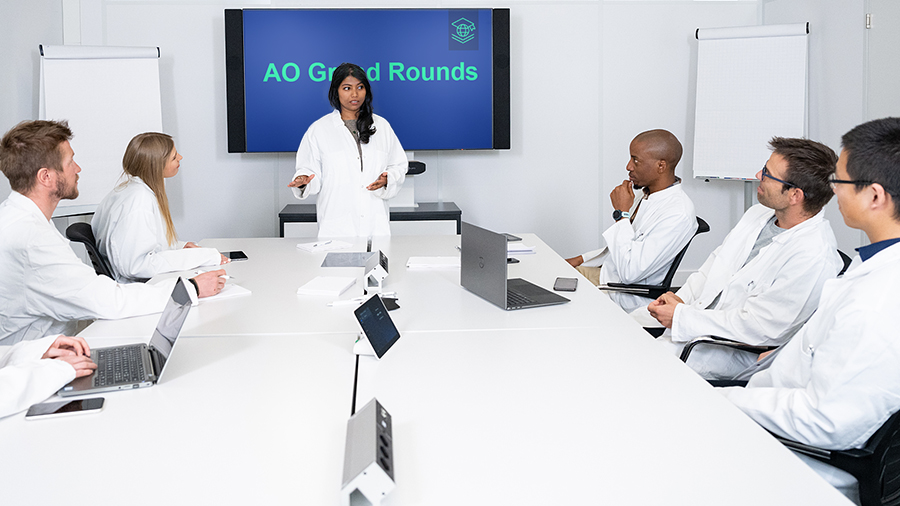 Five winners—one from each of AO Trauma’s regions around the world—were selected at random from the pool of participants. These stage 1 winners will receive a voucher for the course of their choice in their respective region.

Who are the winners?

Now that the stage 1 winners have been chosen, all name submissions will be screened and a short list of names will be selected by the AO Grand Rounds Steering Committee.

In stage 2, those whose name proposals are short listed will enter a draw for vouchers to AO Trauma courses in their respective regions.

Stage 3—the final voting phase of the competition—will get underway on Monday, August 15, after the summer holiday period to ensure maximum participation by members of the AO Trauma community.

The winner of the final grand prize will receive a fully paid trip to the course of his/her choice at the AO Davos Courses 2022, December 4–16, in Davos, Switzerland.