About the individuals receiving these awards and why they applied 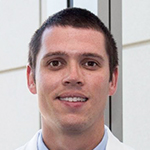 Dr. Cunningham is a current orthopedic trauma surgery fellow interested in becoming an academic orthopedic trauma clinician-scientist at a level-one trauma center in the US. He hopes to focus on pelvis/acetabular surgery and nonunion/malunion from a clinical standpoint, and psychological interventions to improve patient experiences of trauma and prevention of post-traumatic osteoarthritis from a research standpoint.

His journey to orthopedic surgery began in high school, when he had a sports injury requiring surgery. He then went to North Carolina State University in Raleigh, NC and studied biomedical engineering with a concentration in mechanics. From there, he attended medical school at Duke University and took time to work with Steve Olson on basic science mechanisms of preventing post-traumatic arthritis, as well as obtaining a degree in research methods and design.

Dr. Cunningham stayed at Duke for orthopedic surgery residency and is now at R Adams Cowley Shock Trauma Center in Baltimore, MD. He has been involved in basic and clinical research in orthopedic surgery with a focus on perioperative pain, psychological factors influencing patient outcomes, and decision analysis.

I applied to the John Border Fellowship to enhance my ability to become an effective clinician-scientist.

From the clinical standpoint, my goal is to broaden my understanding of trauma surgery with an emphasis on pelvis and acetabular surgery and nonunion management through working with clinicians at Leeds General Infirmary. I am interested in finding similarities and differences in techniques and patient care that I could incorporate into my practice and teach to others.

From the scientific/research standpoint, my goal is to observe how effective clinician-scientists such as Dr. Giannoudis structure a clinical research team to develop and implement impactful clinical studies.

Lastly, the social goal of this fellowship is to develop trans-Atlantic connections that would facilitate life-long clinical and research collaborations. 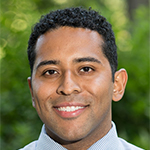 In addition to his clinical and research interests, Dr. Pean is Co-Founder of Azra Care, a digital health company committed to leveraging technology to coordinate health access, improve racial health equity, and address social determinants of health for patients with musculoskeletal health conditions.

I am grateful to have been selected for the Henry Hanff Fellowship. I am hopeful the relationships I form during the fellowship will serve as a foundation for future transatlantic research, clinical enrichment, and educational collaboration. I am eager to embed myself in the AO philosophy of fracture fixation and to cultivate systems innovation and health policy to affect health equity in orthopedic trauma surgery. 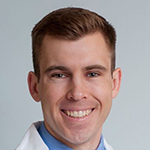 Dr. Stenquist grew up in central Massachusetts, and his practical education began on the construction site with his father, a carpenter. He wasn’t allowed to go into the family business. Dr. Stenquist’s father wanted him to attend college because he had not, and he knew that college would give his son opportunities he never had. Dr. Stenquist’s parents’ hard work and guidance allowed him to pursue higher education and college athletics, and eventually medical school.

During medical school, he quickly became hooked on orthopedic surgery for the opportunity to work with his hands and help patients rebuild their lives. In residency, the variety of procedures in orthopedic trauma and the impact on life and limb appealed to his desire to be useful. He admired his trauma mentors for their anticipation, thoughtfulness, skill, and compassion.

Dr. Stenquist also loved that orthopedic trauma surgeons cannot operate in a silo. They need to collaborate and build relationships with colleagues throughout the hospital, from critical care to geriatrics. During his training, he tried to be a student not only of orthopedic surgery, but also of the role of orthopedic surgeons in the broader care of the critically ill or injured patient. After a year of fellowship, and as he enters his first year as an attending, he is even more humbled by the career he chose and acutely aware of how his decisions affect patients’ outcomes.

The AO had an immediate impact on him, beginning with his AO Basics course in Phoenix, AZ. He was drawn to the principled approach, the focus on best techniques and patient outcomes, and the opportunity to have a real impact on patients’ lives. He hoped to be as confident and competent as his table instructors someday, and he was excited about the prospect of joining a global community of teachers and learners working constantly to push the field forward.

I learned about AO fellowships through my mentors and colleagues ahead of me who had participated. All had incredible experiences that made a tangible impact on their careers. I applied for the Jack McDaniel Fellowship because it offers the opportunity to continue learning how to better help patients.

I aim to solidify my understanding of AO principles and learn specifically how master surgeons apply them to treat orthopedic trauma patients. I also hope to further my knowledge of AO principles in order to become a better teacher of residents and contribute to the trauma division at Mass General Brigham. I’m grateful for the opportunity to pursue a fellowship and to serve patients through this career. I’m looking forward to the cultural exchange as well as the amazing learning opportunities! 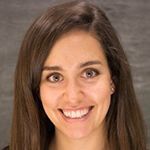 Dr. Van Rysselberghe is currently a PGY5 resident at Stanford University with plans to specialize in orthopedic trauma. During her residency, she has completed research projects on a variety of topics related to improving outcomes for orthopedic trauma patients and has developed a particularly strong interest in geriatric distal femur fractures.

She is currently leading a prospective clinical study to evaluate weight bearing behavior after surgical fixation of these injuries, for which she was awarded a 2020 AO Resident Research Grant award. She is one of two administrative chief residents at Stanford and has led several quality improvement initiatives including redesigning the geriatric hip fracture pathway, creating an open fracture pathway, and now working on a multi-disciplinary pelvic ring injury protocol.

The AO has played a large role in Dr. Van Rysselberghe’s education and career development thus far, from attending the Basic and Advanced Principles of Fracture Management courses during PGY2 and PGY3 years respectively, to utilizing AO publications and webinars, to receiving the resident research grant and now the Martin Allgöwer memorial fellowship.

Following graduation from residency, Dr. Van Rysselberghe looks forward to completing an Orthopaedic Traumatology fellowship at Harborview Medical Center in 2023-2024. Following that year, she intends to join a busy academic trauma practice where she can provide excellent orthopedic trauma care and give back to the field through teaching, mentorship, and research.

I applied to the Martin Allgöwer Fellowship because it is an unparalleled opportunity to broaden my perspective in the execution and delivery of high-quality orthopedic trauma care. I intend to fully immerse myself in all aspects of patient care in an outstanding European trauma clinic, most likely Kantonsspital Graubünden in Chur, Switzerland.

I wanted to work in a clinic with a long track record of taking AO fellows, which adheres strictly to AO principles while also exposing me to different philosophies and treatment algorithms than I have seen in the United States. From my conversations with previous fellows, the experience in Chur will exceed all of my expectations.

The combination an AO-focused educational experience and an international setting will help me to take better care of my patients and to teach my future trainees much more effectively. In addition to the clinical aspects of this fellowship, I look forward to building professional relationships within the AO so that we can work together to improve outcomes for all patients. 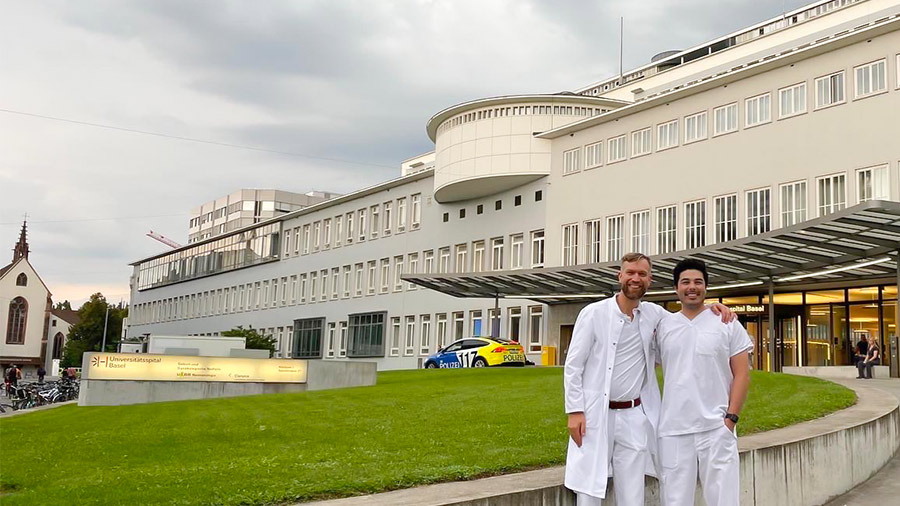 My experience as a Jack McDaniel Fellow

A professionally and personally formative visit to Universitätsspital Basel