Unpacking the differing approaches to thoracolumbar burst fractures treatment on the two sides of the Atlantic—from controversy to consensus? 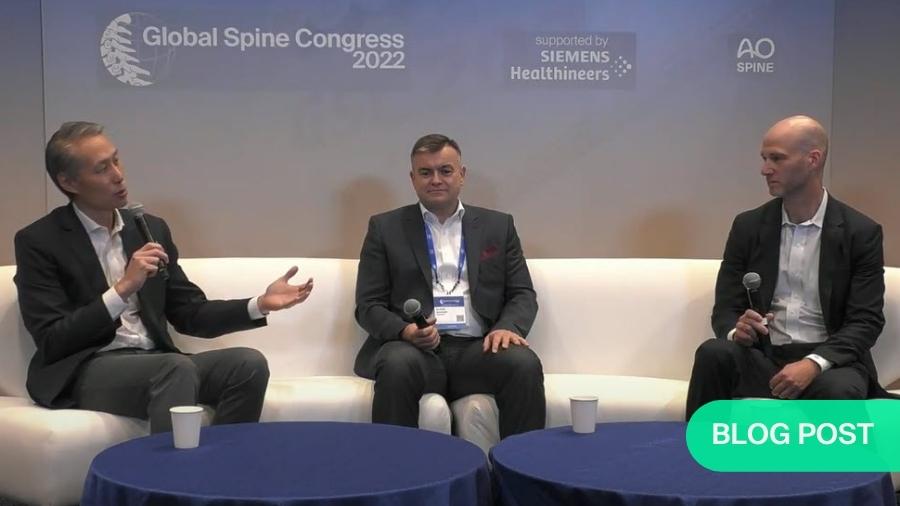 AO Spine Knowledge Forum Trauma will soon publish results from an international study examining clinical outcomes in patients with thoracolumbar A3/A4 burst fractures, who received non-operative treatment compared to those who had surgery. The landmark study may settle a controversy that has divided spine surgeons across the world.

Or, then again, it may not.

We explored the difference in approaches in a debate moderated by Dr Jeff Wang at the Global Spine Congress 2022 in Vegas. Klaus Schnake is an advocate for surgery, Gregory Schroeder for conservative treatment.

While burst fractures account for almost half of all thoracolumbar spine injuries, treatment plans vary considerably between countries, centers, and even individual surgeons. In general, European surgeons tend to lean towards surgical treatment whilst American surgeons favor a more conservative approach. Surgery can get patients back on their feet quicker, but back brace is often preferred because of lower associated risk.

Surgeons arguing for surgical treatment stress that at least complete burst fractures must be operated on. Idea is to get patients out of the bed as fast as possible, make them mobile without orthosis, and get them back to work and other activities they were doing before.

Operating is invasive, but supporters think this achieves best sustainable results in the end.

Most opposition to surgery comes from high risks associated with it. With every surgery, morbidity comes into the picture. Each incision on the skin can cause bleeding, infection, complications. The Kirkham Wood study from the 1980s already found that the complication rate of operating on thoracolumbar burst fracture patients is significantly high.

But then again, also surgical techniques have advanced by leaps since then, particularly the minimally invasive approaches. We do not operate any longer like in the 1980's, treatment has completely changed. The spinal treatment we are talking about here, is today almost exclusively minimally invasive, with very few indications where open surgery would be necessary. Such cases you are typically the ones you operate on anyway, like the C-type translational fracture injuries.

In Germany, burst fractures are examined with a CT scan and patients go quickly to the OR for a posterior percutaneous fixation. In some cases, there is additional anterior stabilization needed, but also this procedure is typically done through a minimal-invasive approach.

Open surgery carries a higher of risk for complications and patients take longer to recover, but the argument supporting surgery is that with minimally invasive approached patients can get up the next day.

Non-union could set back recovery due to second surgery

Another important factor to consider when debating surgical and non-surgical approaches is the risk of unsuccessful fusion. This is a concern also with minimally invasive percutaneous fixation, where you may end up with non-fusion and loose screws. In such cases, you're looking at another surgery in six months to a year from now.

When the argument for surgery is getting people up and moving faster, another surgery will set that back. Whilst there is a possibility of making a fusion anteriorly through a MIS procedure a few days after the initial surgery, in some cases the patient will indeed have to undergo another surgery, and this might not help people get back to work faster than with a brace.

Conservatively treated patients could come back in a month's time living their full normal lives. However, the fractures may not heal or patients can develop a kyphotic posture requiring surgery later on.

The challenges of treating burst fractures are particularly acute in elderly patients. While it’s even more important to get these patients mobile as quickly as possible, there is a much higher chance of hardware failure in surgery. Thus, treatment approaches to osteoporotic burst fractures are different to that of non-osteoporotic fractures.

These are the patients that really make surgeons rack their head around: an osteoporotic burst fracture is not the same as a burst fracture with healthy bone. Treating elderly patients, maybe not even with a brace, in six months they may be collapsing into kyphosis. Yet, putting in screws may not help either—the screws would just come loose and pull out.
Time is the critical factor in treating such patients. When elderly patients are bedridden and in severe pain—if the fracture is several unstable, they will have mechanical pain getting up—it could be worth considering surgery just to get them out of bed.

Traditionally you would take a percutaneous approach, favoring an MIS procedure suitable for elderly patients. However, the challenge with the screws remains. These can be augmented with bone cement (PMMA), but it still remains a high-risk approach.

But many might still opt for putting these patients in a brace and expect them to be fine.

It’s this divergence of approach that underlines the importance of the AO Spine Knowledge Forum Trauma study on burst fractures. Previous research has come up with contradictory results. Some studies show increased patient satisfaction and positive socio-economic results with surgery, while others show improved outcomes and lower morbidity in non-surgical treatment options.

The AO Spine study aimed to address these variations by investigating the clinical outcomes of treatment alternatives in neurologically intact patients.

The observational, international multicenter study sought to compare the clinical outcomes during the first year of surgical versus non-surgical treatment. An additional analysis looked specifically at a sub-group of patients who—according to a blinded expert panel—qualified for both surgical and non-surgical treatment due to clinical equipoise.

The study also included a cost-effectiveness analysis to define the social impact and health economic aspects of both treatment options. A patient diary with the Oswestry Disability Index, employment information, and indirect costs questionnaire continued two years after treatment with all interventions and examinations considered as standard of care.

The spine surgery community believe the outcome could shed light on this controversial topic. We know that in the long term, the results are the same. There is no 100% need for surgery if the patient has time. If you treat them conservatively and wait, that will work.

What we don’t yet have the data on, is what happens three months after surgery? Are they all still fine? Do they go back to work? What we decided we needed to find out are the short-term outcomes. That is why we performed the study.

We will have answers soon—and hopefully, a consensus. 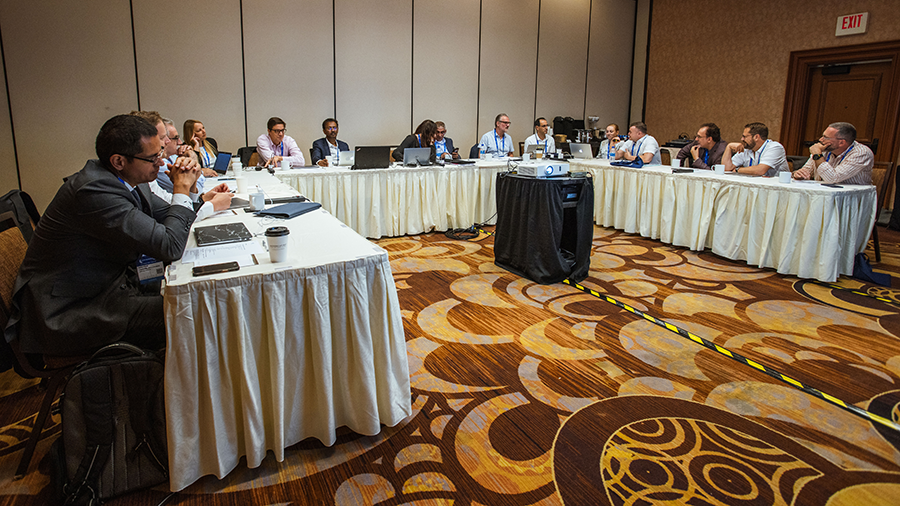 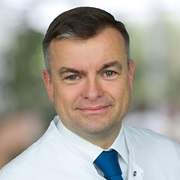 Dr Klaus Schnake is the head of the Interdisciplinary Center for Spine and Scoliosis Therapy at the Malteser Waldkrankenhaus St. Marien in Erlangen, Germany. He specializes in orthopedics, trauma surgery, and sports medicine. He is the current chairperson of the AO Spine Knowledge Forum Trauma and Principal Investigator of several AO Spine studies. 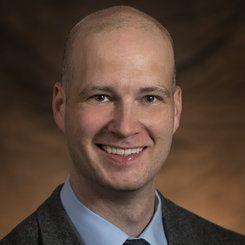 Dr Gregory Schroeder is a fellowship trained spine surgeon who serves as Associate Professor of Orthopaedic Surgery at Thomas Jefferson University. He is a Steering Committee member of the AO Spine Knowledge Forum Trauma and Principal Investigator of several AO Spine studies.

Find out more about the AO Spine Knowledge Forum Trauma and their ongoing studies.