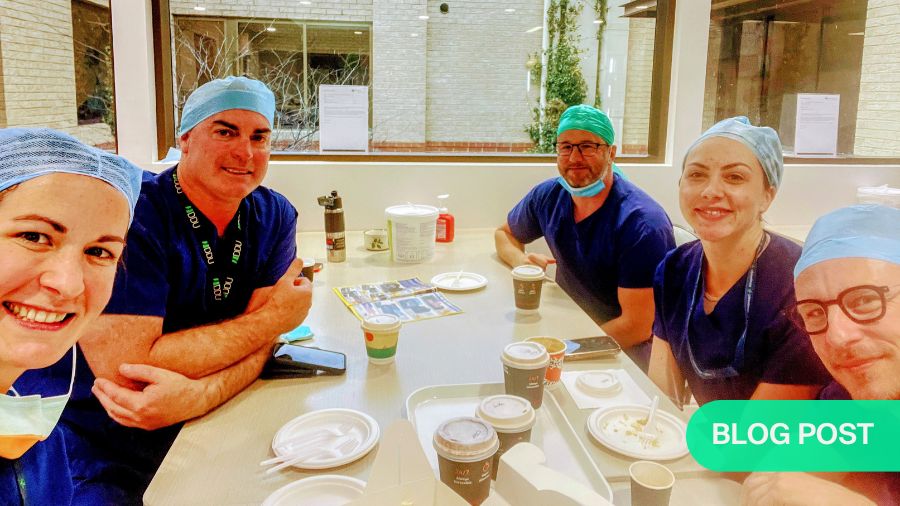 When women think about becoming a surgeon—or a spine surgeon—it is often accompanied by doubts and concerns. You may have heard the stories about how difficult it is, how rough the tone is, or how you are treated in the operating theatres. And yes, I have experienced all that too... but I hope I can encourage some of you with my story to choose this wonderful specialty after all!

"What company are you from?" That was one of the first questions I got asked in the changing room when I started my spine fellowship in Perth, Australia.

It is not easy to put into words, and especially for my male colleagues it is often difficult to understand how women frequently feel in a ‘men’s world’. I would describe that feeling as something like ''not being expected as a woman, to be THE surgeon." And this is mainly because female surgeons are still a minority.

How I started in orthopaedic surgery and traumatology

I am often asked whether I knew early on in my career that I wanted to become an orthopaedic/spine surgeon. I didn't! I started my medical studies with the intention of becoming an internal medicine doctor. I then did some internships in anesthesiology and was sure for a few years that this was my profession of choice. But eventually, I did an internship in the emergency room and was assigned to surgery. This is how I first became involved in orthopaedic surgery and traumatology.

In retrospect, I must admit that it wasn't always easy for me. I did several internships in trauma/orthopaedic surgery. Although I always got along very well with my (mostly male) colleagues, there were also other situations where I almost gave up. One story in particular, lingers in my memory:

When I was still a student, I had to assist in—which, for me, meant holding hooks—a cervical spine operation. The operation didn't go well at all, and according to my supervising surgeon, it was mainly because I failed to hold the hooks well enough, and he blamed me for the operation going badly. He threw me out of the operating theatre saying, "You should go for a coffee now" and I was replaced by an older, more experienced surgeon.

I remember how devastating and humiliating this situation was for me. I thought I would never make it because I just wasn't strong enough. Today, I realize that firstly, there is this wonderful invention called a self-retainer and secondly, the surgeon is the one who is responsible for the course of the operation and not the student.

From feeling faint to feeling respected

Thanks to the many great colleagues I had back then, I still decided to work in traumatology and orthopaedics after finishing medical school. Unfortunately, over the years, it happened again and again that the environment in the operating theatre was so discomforting and stressful that I was literally accompanied by a feeling of fainting.

On reflection, I now recognize that this was the pressure and fear of failure.

It took me quite a while to get over it and understand that it was only my supervisors who wanted me to believe that a woman is too weak with sentences like "You just can't make a man out of a woman". For me, the typical "orthopaedic type" cannot be assigned to a gender, but rather to a certain personality. Apart from the joy of practical work and a certain technical ability, it is usually an environment with a lot of sarcasm, occasionally teasing each other and not taking oneself too seriously, combined with a preference for long and sometimes stressful shifts, of course.

In 2021, when I started my fellowship in Perth, Western Australia, I felt like a completely fledged colleague for the first time in my professional career. Above all, I began to enjoy working in the operating theatre so much more.

This has been further highlighted by the spine fellowship I recently finished. I was operating one on one with a consultant, and I felt like a valuable, respected colleague and never for a second felt that I am at a disadvantage in the operating theatre just because of my gender.

Now I know that the hard and long way was worth it. But does it always have to be like this? I would wish that no one, regardless of gender, must go through this. 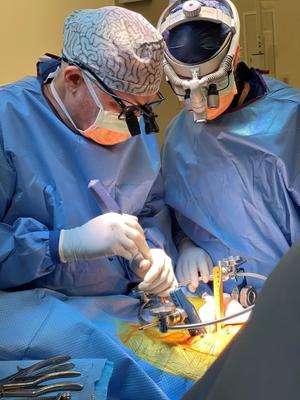 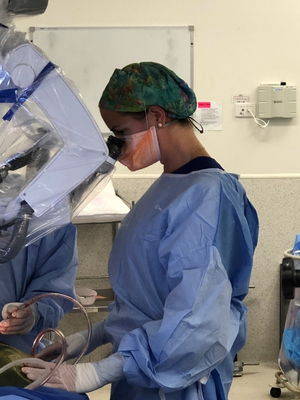 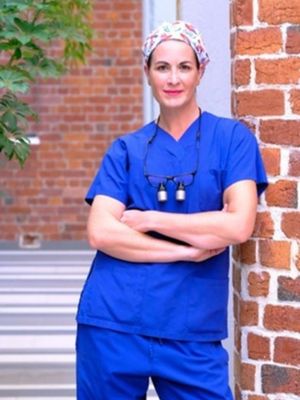 We have a responsibility

Orthopaedic surgery and especially spine surgery is a wonderful profession! I would encourage everyone to follow their dreams and listen to their heart and not to any old-fashioned bosses. As I am already experiencing, there are more and more women in (spine) surgery and in the future, this will be normal. But unfortunately, not just yet.

Luckily there are now more and more organizations, such as Women in Orthopaedics Worldwide, where you can get advice and support. In order to increase the number of women in (spine) surgery, we also need new working models, so that the profession becomes more attractive also among female students. You don't have to give up a family if you want to be a surgeon; none of my male colleagues have!

We, the young surgeons, the next generation, all have a responsibility to demand things like part-time work. In my hospital, I now share a 50% position as a junior consultant with a colleague because I want to focus more on research, and HE wants to spend more time with his family.

In summary, what I think it takes to become a spine surgeon: If you enjoy and are passionate about technical and practical work, and you have no problem with a bit of crude humor. What you don't need is incredible strength. Even if it is sometimes difficult as a student or young surgeon, you get used to it, you become resilient, train your muscles, refine your technique, and eventually become a master.

Read more about AO Access, AO's initiative for diversity, inclusion, and mentorship, and how it can support your career.

Sonja Häckel in interview about the Young Talents in Clinical Research prize (in German) on the Inselgruppe Website. Sonja Häckel's research OrcID.

Dr Sonja Häckel was born in Höxter, a small town in the middle of Germany. She completed her medical studies at the Charité – University Hospital Berlin in 2015. Before studying medicine, she completed training as a medical-technical laboratory assistant. During her medical studies, she worked on her doctoral thesis at the Institute of Biochemistry at Charité.

In 2015, Sonja began her specialist training in orthopaedics and traumatology at the Charité in Berlin, Germany. After one year, she moved to Switzerland and worked in the Department of Orthopaedic Surgery in Biel. During her residency, Sonja developed a special interest in spine surgery. Because of this interest in spine surgery and her vast experience in the laboratory, she decided to do a one-year research fellowship at the AO Research Center Davos, Switzerland. This was granted by the Marie Curie Foundation as part of a European project (TargetCaRe – Targeting Cartilage Regeneration in joint and intervertebral disc) on the development of nanocarriers and drug delivery to the intervertebral disc.

After successfully completing her research fellowship, she continued her orthopaedic training at Inselspital, University Hospital Bern, Switzerland. Sonja was able to continue her research in basic and clinical science, published more than 20 scientific papers and was supported by several grants.

In July 2021, she started her fellowship journey in Perth, Australia. First, she did a 6-month trauma fellowship at Fiona Stanley Hospital. After, she decided to extend her stay in Perth for a further 6 months at the NeuroSpine Institute. Sonja worked as NeuroSpine Institute’s first fellow until August 2022. Sonja will finish her specialization as an orthopaedic surgeon later this year in Switzerland and will continue to work at the Inselspital in Bern, Switzerland as a junior consultant in the spine team.