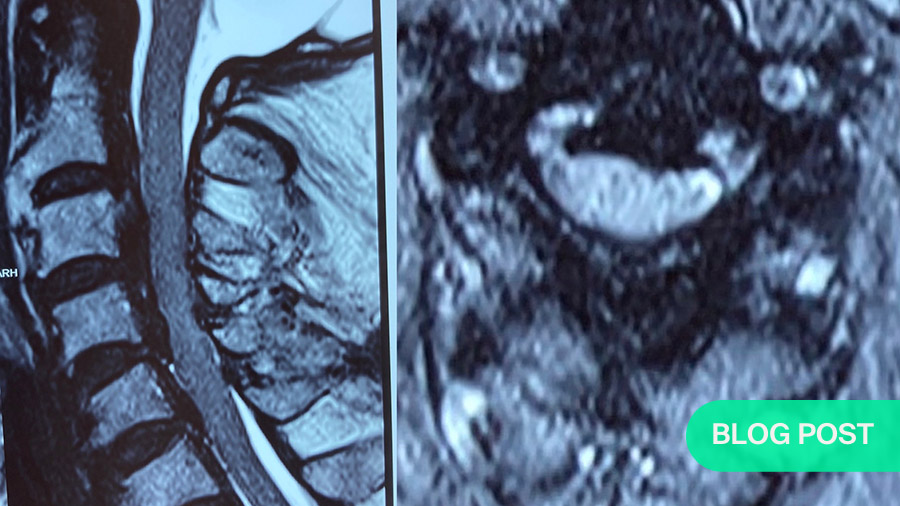 Advancements in clinical decision-making, surgical techniques, and postoperative care have allowed spine surgeons to manage increasingly complex spine cases resulting in shorter surgery duration, reduced length of hospital stay, and improved clinical outcomes. Continued teamwork is required on the part of surgeons, scientists, allied professionals, and rehabilitation specialists to take this success forward. Among the various evolving practices in the field of spine surgery, this blog will focus on one area that has shown considerable advancement during the past two decades: degenerative cervical myelopathy (DCM).

DCM is a medical condition that can happen when the spinal column begins to break down. Degenerative refers to breakdown, cervical refers to the neck, myelopathy refers to pressure on the nerves. DCM causes the spinal cord and blood vessels around the cord to become compressed. About 5 to 10% of patients with cervical spondylosis (arthritis of the spine) will develop DCM. Over time, these changes cause damage to the nerves that may lead to tetra paresis. Each person can experience these symptoms differently. Age and gender play an important part in the development of DCM. The usual age of someone with DCM is 64 years. This condition affects men more than it affects women. Family history, environment, and your type of workplace can also affect the development of DCM. DCM is also an important risk factor for a condition called central cord syndrome, a type of spinal cord injury commonly caused by having DCM.

DCM is the most common cause of non-traumatic cervical spinal cord injury. The incidence of hospitalizations related to DCM has been estimated to be 4.04 per 100,000 person-years, and the number of patients undergoing surgical treatment each year has increased up to seven-fold. The rate and degree of neurologic deterioration is variable, and optimal management strategies, especially in cases with mild DCM, remain elusive. Given the limited regenerative potential of the spinal cord, early diagnosis and treatment of DCM are critical to reduce the risk of permanent disability. By the United Nations’ population projections, the headcount of people aged 65 and above, which constituted 703 million people in 2019, will double to 1.5 billion in 2050, thus accounting for 16% of the world population. But developing countries like India are experiencing ageing at a faster pace. According to the World Health Organization, India’s elderly population will rise from its current 60 million to over 227 million by 2050. With changing demographics and an increasingly aging global population, DCM has become an important public health priority.

Currently, medical, and regenerative therapies are in their infancies for the treatment of DCM. Halting the chemical cascade behind degeneration is an ideal target for medical therapies. Efforts are underway to evaluate the efficacy of surgery combined with pharmacological neuroprotective drugs which maximize the potential for postoperative recovery. This is where the role of Cerebrolysin comes into the picture because of its neuroprotective actions. Cerebrolysin contains 85% free amino acids and 15% biologically active low-molecular-weight peptides. Chromatography of cerebrolysin shows 17 different amino acids including brain derived neurotropic factor, nerve growth factor, glial cell-derived neurotropic factor and ciliary neurotropic factor, each of which contribute to neurotropic, neuroprotective, and neuroregenerative actions. The evidence for the mechanisms of action for Cerebrolysin suggests that it stimulates an increased efficiency of the aerobic neuronal metabolism, protein synthesis, neuronal differentiation, and inhibition of lipid peroxidation, while having anti-excitotoxic, antiapoptotic effects, and immuneactive properties. Cerebrolysin has been studied in neurodegenerative conditions including Alzheimer disease, dementia, and moderate to severe head injury with promising results. There has been only one study in published literature till date that has studied role of cerebrolysin in DCM in conservatively managed patients but none in the patients treated surgically. We did a pilot study which analyzed the role of cerebrolysin in patients of DCM managed by surgical modalities. In our study, cerebrolysin group showed significant improvement in hand function at 1 year compared to the placebo. Postoperative neurological recovery was better in the cerebrolysin group with 66.7% patients showing complete neurological recovery compared to 56.7% for placebo. More importantly, there were no major adverse reactions to this drug thus proving its safety profile.

The evidence for treating DCM suggests that conservative treatment is reasonable for stable patients with mild myelopathy and surgical management is recommended for progressive, moderate, or severe DCM. Though a number of variables exist, which determine the prognosis post-surgery, the role of intra-operative blood pressure has not been studied in-depth in current literature. Studies employing intraoperative neuro-monitoring have shown that, raising the blood pressure immediately after an observed reduced signal amplitude/ increased latency improves the neuro-monitoring signals and hence, indirectly, have demonstrated the importance of systemic blood pressure in maintaining the cord perfusion intra-operatively. However, we could not find a consensus among them, with regards to the minimum blood pressure recommendation. Also, the rationale and physiology behind such episodes remains to be understood. Studies on the spinal cord blood flow pattern after a spinal cord injury (SCI) observed that maintaining a higher mean arterial pressure (MAP) favored a better cord perfusion as compared to a hypotensive state. The practice of elevating MAP post SCI is widely practiced and also forms a recommendation of AANS/CNS Joint Committee Guidelines. The above observations lead us to investigate the role an elevated MAP has to play during surgery in order to optimize outcomes and minimize complications. The conclusions from our study were that, MAP should be individualized according to preoperatively average blood pressure assessment of the patient. Keeping intra- operative MAP at higher level (preoperative MAP + 20 mm Hg) during surgery for DCM can result in better neurological outcomes.

The early diagnosis and management of DCM is paramount and requires a personalized multidisciplinary approach to care. DCM can have subtle and varied presentations with a range of underlying pathophysiology. Given the importance of early diagnosis, clinicians need to be attuned to early presenting signs of DCM and quick to complete workup. With advancements in imaging modalities, chemical biomarkers, and clinical ancillary testing in the near future, we can expect a complete personalized approach to the diagnosis of DCM that would enhance sensitivity of diagnosis and disease progression. The treatment and clinical decision-making for patients with DCM depends on the severity of the disease and patient-specific factors. With the current evidence, there is clinical equipoise between operative and non-operative intervention in mild DCM. As such, patient-specific factors and wishes would play a dominant role in the eventual treatment modality.

The necessity of better understanding the uncertainties and needs of patients with a lived experience of DCM has been investigated in a recent online poll. This multi-stakeholder consensus process, AO Spine Research objectives and Common Data Elements for Degenerative Cervical Myelopathy (RECODE-DCM), aims to promote research efficiency in DCM through generation and ranking of research questions. An essential component to this process was found to be the inclusion of people with cervical myelopathy. Eventually, treatment outcomes can be enhanced in all patients by incorporating a personalized approach. The operative approach, pre- and post-operative care can be optimized to ultimately enhance patient outcomes. 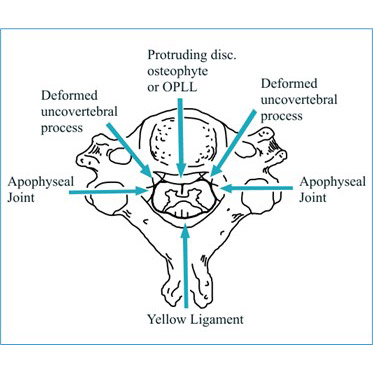 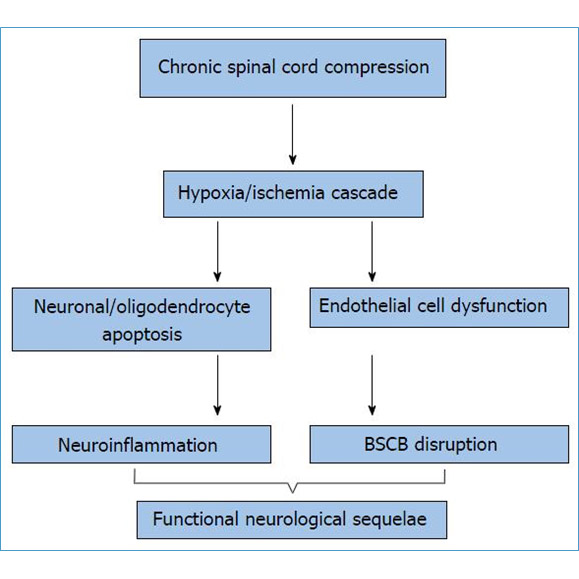 Figure 2: Current literature: focused on inflammatory pathways associated with DCM. Efforts underway to evaluate efficacy of surgery combined with neuro-protective agents to maximize potential for post-operative recover. This is where role of Cerebrolysin comes into picture, because of its various neuro-protective actions. 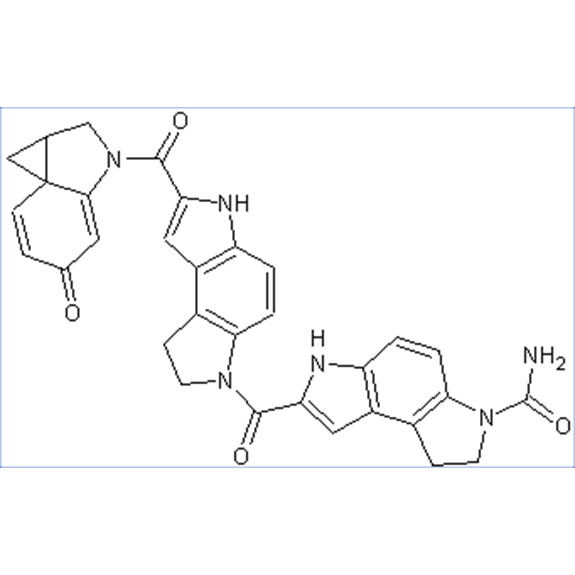 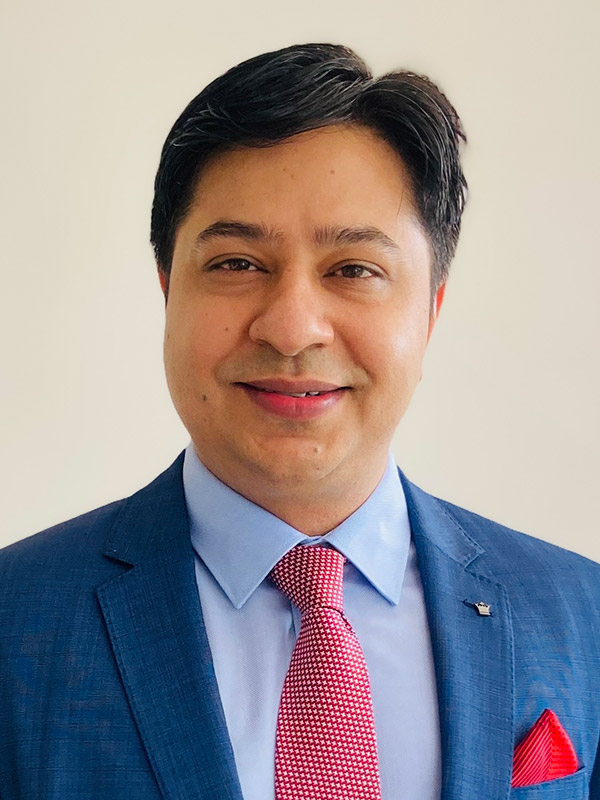