A new technology developed by an AO Research Institute Davos (ARI) research scientist has been licensed to a Switzerland-based start-up and is poised to transform tissue engineering. The result is mimiX Biotherapeutics' CymatiX, the world’s first acoustic bioprinter, making it possible to create biological architectures with sound.

Sound-Wave Induced Morphogenesis (3D SIM) significantly advanced by ARI research scientist Tiziano Serra, PhD, uses sound waves to generate a network of cells within seconds, providing a self-assembled substrate for vascularization. This has the potential to make tissue-engineered constructs based on autogenous materials widely available in operating rooms. In 2020, the technology was licensed to newly created mimiX Biotherapeutics in Switzerland.

Serra’s project was supported by AO resources, including funding and know-how, through the Technology Transfer office at the AO Innovation Translation Center (AO ITC), which partners with inventors to achieve proof of concept and to make solutions clinically available.

The 3D SIM technology resolves various challenges, for instance, difficulties in rapid and mild recreation of the natural complex morphology of tissues and organs during surgery presented by other promising tissue-engineering technologies, such as 3D printing.

3D SIM is a gentle, fast, and easy method used to generate multicellular, spatially orchestrated tissue constructs utilizing sound waves. It has excellent potential for use in operating rooms in the future due to its speed. Moreover, as no needles are involved in the printing process, there is no fluid stress on the cells printed and, consequently, no cell damage or death.

Vascular tissue engineering, the generation of tissue that includes vessels, has the potential to significantly impact the treatment of numerous medical conditions. It could provide in vitro generated, vascularized tissue and be useful for in vitro models for diagnostic and drug discovery indications. However, developing a large-scale, functional, vascularized construct is still a major challenge and an unsolved clinical problem.

The 3D SIM technology aims to make artificial tissues a true therapeutic option by providing affordable, life-transforming treatment for patients. This intraoperative method for generating vascularized constructs can disrupt and trigger development across the entire field of regenerative, personalized, and precision medicine. Serra began working on the 3D SIM project when he joined ARI in October 2016 and went on to earn CHF 180,000 in support from BRIDGE, a joint program with the Swiss National Science Foundation and Innosuisse—Swiss Innovation Agency.

In less than a minute, the system generates large-size, cell-patterned constructs (from a few millimeters to 150 square centimeters) to guide the formation of vascularized tissues—a real breakthrough. The technology can pattern cells and build tissue layer upon layer, meaning that it can be used to generate specially orchestrated tissue models for use in screening drugs and in creating patient-specific tissue and disease models.  This means scientists, pharma companies, and clinicians can simply use a pipette to put cells into the mimiX system’s labware and then apply sound for a few seconds, leading to the formation of a pattern of cells that can then be extracted and used to treat the patient. In principle, this technology can be used to produce skin, bone, cartilage, and even organs. The system, Serra said, could revolutionize the way 3D organs and tissues are generated and the way of working in the operating room by offering a cost-efficient, point-of-care tissue- engineering approach to regenerative, patient-tailored precision medicine. 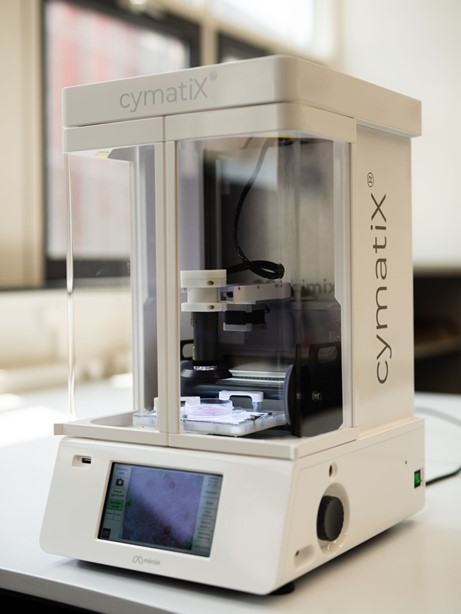 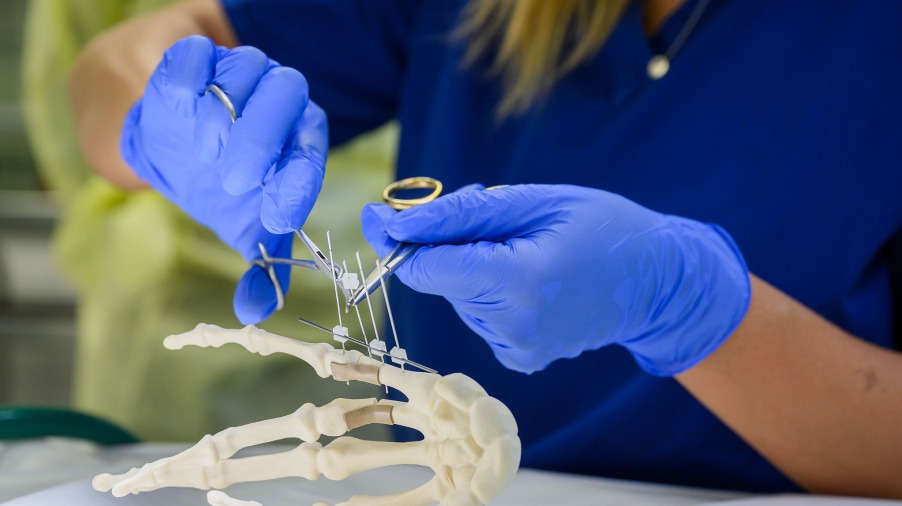 The AO Small External Fixator is set for clinical documentation. 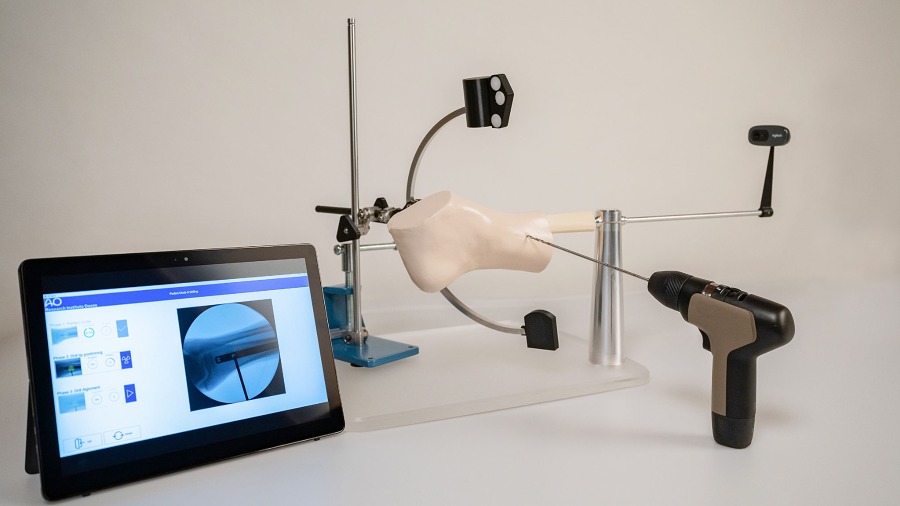 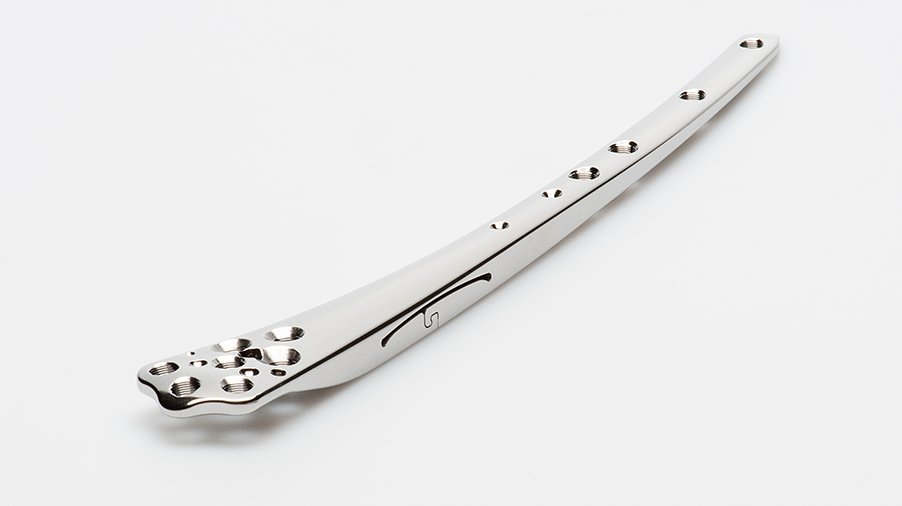 Improving fracture stabilization by providing a predictable mechanical environment at the fracture. 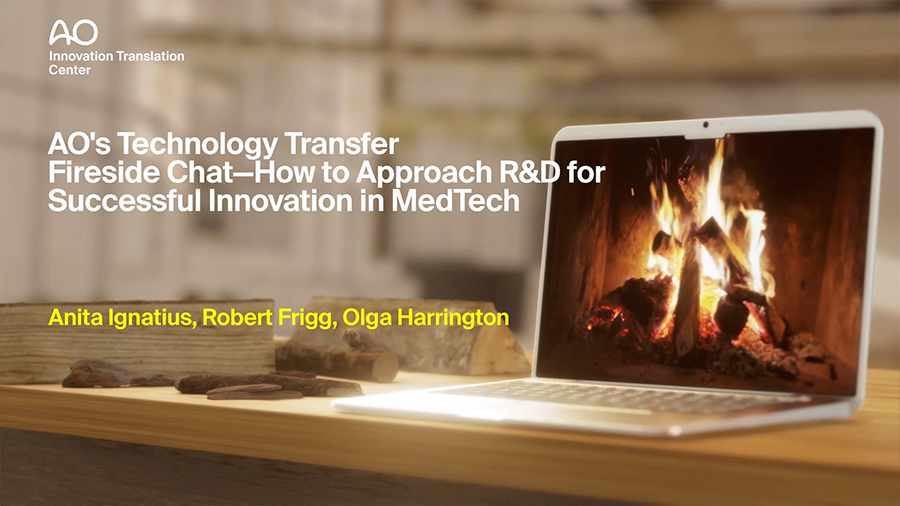