Getting to Know: Jan-Michaél Hirsch

Jan-Michaél Hirsch is professor Emeritus in the Surgical Sciences and Oral and Maxillofacial Surgery Department at the Uppsala University Hospital in Sweden where he continues working on numerous R&D project to improve patient treatment.

Where are you now?

What's your official title? What does it mean to you?

Jan-Michaél Hirsch, Professor Emeritus, Department of Surgical Sciences, Oral and Maxillofacial Surgery, Uppsala University, Uppsala, Sweden, and Senior Consultant Oral and Maxillofacial Surgeon, Uppsala University Hospital. I continue to work with R&D on numerous projects that initiated a number of years ago. These include the virtual planning of reconstructive surgery and design, the additive production of patient-specific biomaterial, and a vast project related to virus, tobacco, and oral cancer. I believe it is unnecessary to die of oral cancer. Approximately one day per week, I see patients and do surgery in my private practice. After more than 40 years in the field, I am still fascinated of our specialty and enjoy being engaged.
What is your educational background?

I completed my training at Gothenburg University, Sweden. I attained my DDS in 1972, and my specialization in OMFS in 1980. I defended my doctoral thesis in 1983, also at Gothenburg—“Snuff-induced lesions a clinical and experimental study.”

Why did you become a surgeon?

My father was a professor of orthopedic surgery, and my older brother was specializing in pediatric trauma surgery. I think they both heavily exposed me to surgery, which caught my interest.

“My father was a professor of orthopedic surgery, and my older brother was specializing in pediatric trauma surgery. I think they both heavily exposed me to surgery, which caught my interest.” 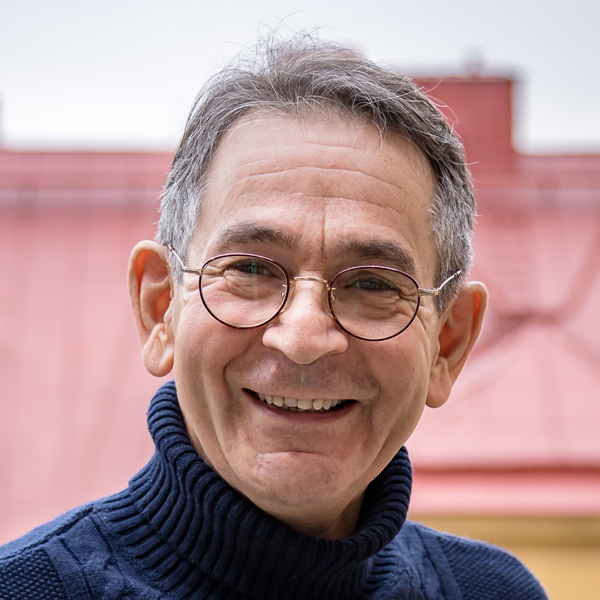 What is your area of specialty?

My major focus has been oncological surgery and reconstructions, post ablation, and trauma surgery.

What's the best professional advice that anyone ever gave you?

Always seek knowledge from the top, visit and train with the best units, and learn from the masters.

What books are on your nightstand?

Presently, I am reading about Stig Dagerman, in a book written by his daughters, Lo Dagerman and Nancy Pick, who both live in the US. Stig Dagerman was one of Sweden’s most famous post-war writers and a literary phenomenon. He died tragically too young. New generations of readers around the world are now interested in his books, which are also published in the United States.

I rarely drink coffee today after too many on-calls and late nights at the lab. Tea, green or black with milk, is always in my cup.

Name five artists on your iPod?

Albinoni: Adagio Pachelbel Canon, Eric Clapton: The Cream of Clapton, Eros Ramazzotti: E2, Ray Charles: Greatest collection, Rita: My JoysI. I am not very musical, and my wife says that I am a poor dancer. I bought my first computer 1983, and I certainly have an iPod.

What is most fulfilling to you in your work?

The intellectual stimulation I get from being engaged in research and development, meeting and collaborating with skilled experts from many different fields, and the rewards from succeeding in the rehabilitation of severe injuries.

“For me, the AO Foundation, and AO CMF specifically, have given me lots of great friends and colleagues to collaborate with all over the world. We have met for years, and have exchanged ideas and discussed important issues.”

Tell us about the most important experience in your life as a surgeon.

I attended my first AO course in 1972, in Davos, which was chaired by Morris Müller and Martin Allgöwer. This was a fantastic introduction to modern trauma and reconstructive surgery, and has had a major impact on my life as a surgeon.

If you weren't working in the medical field, what would your dream job be?

Do you have a mantra or favorite saying?

“Now this is not the end. It is not even the beginning of the end. But it is, perhaps, the end of the beginning.”—Winston Churchill

In a few words, what does AO CMF mean to you?

For me, the AO Foundation, and AO CMF specifically, have given me lots of great friends and colleagues to collaborate with all over the world. We have met for years, and have exchanged ideas and discussed important issues.