Lessons from CAM (Covid Associated Mucormycosis): A Memoir of a Maxillofacial Surgeon 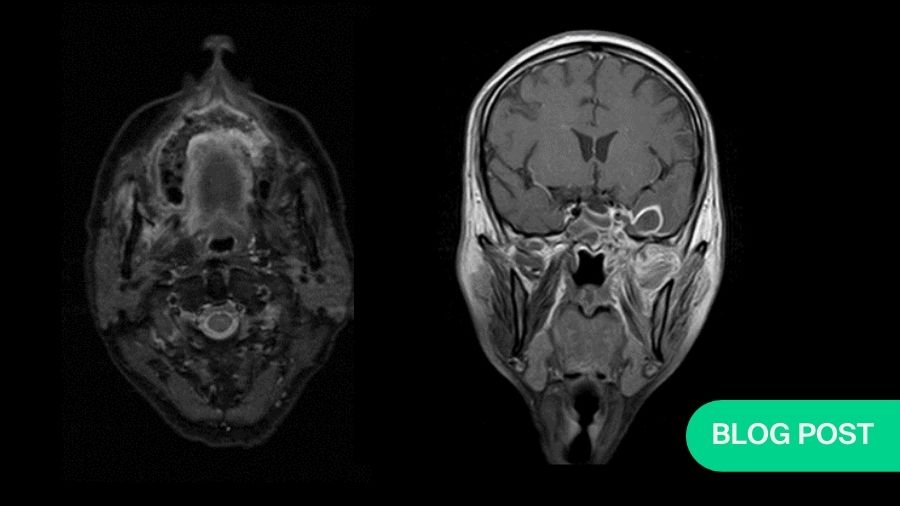 “When everything is connected to everything else, for better or worse everything matters.”
—Bruce Mau

As I enter the operating theater area, in the second week of this joint task force surgical operating room (OR) that we have set up with our ear, nose, and throat (ENT) colleagues, I am already exhausted and tired of removing dead maxillae.

I am just getting ready to change when I see a resident running to me with case files and magnetic resonance images (MRIs) of this day’s patients. And right behind him is a patient’s relative who follows along. I go through the MRI with my ENT friend while he explains this 30-year-old patient, with cerebral abscess and both the maxillary antrum filled with gadolinium, delineating the massive involvement of complete maxillae, palate, all the paranasal sinuses, right orbit, and a cerebral abscess. I stare at the patient's relative who is now gazing at me with hope and desperation in his eyes; I am totally shaken and broken inside.

While discussing the patient’s case with my colleague, my eyes are filled with tears and I ask, "Niral, how can we help this patient? He won’t live, will he?" All this is in English so that the relative, who speaks only the native language, doesn’t understand our conversation.

Niral says, “No, he won’t,” and I have tears flowing down onto my cheeks.

Thankfully I am wearing my mask and spectacles and that the relative and others are not sure what’s happening. I just make an excuse and leave the surgeons’ changing room for the next surgery, which feels like a hopeless endeavor in the beginning but as soon as I recite a line from Grey’s Anatomy, which Derek always says before starting surgery: “Let’s save lives, together.” The whole attitude changes in my mind and in the OR.

And we move on to removing dead maxillae—this time with the intention of bringing hope into lives of our patients.

On the brink of a new catastrophe

In February–March 2021, when India was in midst of one of the worst catastrophes of the second wave of COVID-19, we slowly and gradually started hearing about this relatively lesser- known entity, mucormycosis, in various WhatsApp groups all over the country. My colleagues from all sides were receiving calls and references from their ENT counterparts, for patients whom they diagnosed with a rhino-cerebral form of mucormycosis (Rhino-orbital-cerebral-mucormycosis or ROCM), an angioinvasive fungal infection usually fulminant in nature and during normal times seen in immune-compromised patients with underlying uncontrolled diabetes (diabetic ketoacidosis or DKA), malignancies , kidney transplants, etc, as literature was filled with anecdotal cases, until then[1]. Never before in history were so many mucormycosis been seen together all over the country. At first, we were clueless about why it was happening. Some of us thought it was yet another unknown presentation of COVID itself in our region and there were other theories like contaminated water being used in bilevel positive airway pressure (BIPAP) and oxygen humidifiers. It was a little later that the correlation was made between COVID-19, raised serum ferratin levels, hyperglycaemic DKA, and the most important component—steroids—which we as physicians had added to the mystery and misery.

Dr Aditya Murthy, my friend from Bengaluru, India, was the smartest among all of us, to have noticed this lethal combination; he published his article at the end of first wave, connecting the dots between SARS Cov2, uncontrolled diabetes, and corticosteroids: an unholy trinity [2, 3].

As we started settling in this new epidemic—which was totally our homegrown catastrophe—within a pandemic, we should have anticipated it coming, especially when our fungal experts had made it clear through their work in the past that India, due to its soil type and climate, has one of the highest concentrations of Rhizopus spores, the main causative fungi seen in Indian air [1]. In our desperation to save patients from COVID-19 and its effects, with large doses of corticosteroids (way beyond World Health Organization recommendations) which are cheaper and easily available, we forgot that we are also the diabetes capital of the world. All this was combined with appalling conditions of government hospitals with no sanitation and huge number of patients at any given time. The air quality of the hospitals treating COVID-19 was highly contaminated with viruses and other opportunistic organisms. In the pursuit of survival of our patients, we created a quality-of-life dilemma for them instead.

While treating patients for ROCM, the surgical part was very easy, at least initially, when we were newly getting into it. All that we did was reflect the mucosa, watch for yellow dead bone and keep removing it, piece by piece; even a first-year resident could do it. Sometimes when the whole of the palate and both the maxillae are dead, a more enterprising surgeon may choose to take a Le Fort I approach and remove the complete bone in one go. Though it is not recommended as the decision of when to stop is the most crucial one here; this happens easily when the surgeon takes a piecemeal approach and as soon as bleeding is encountered, she can reevaluate the scenario and decide to proceed or stop.

There was a time, in my 15th surgery probably, that all that I saw was yellow bone everywhere. I was not sure if the bone was normal or dead; it was then I realized that now cognitive bias had set in, and it was then that I began asking residents—trainees who were on rotation duty—what they saw: a yellow-looking bone or a healthy pinkish bone? When they said healthy looking bone, it was signal for me to stop and reevaluate the situation.

Why not take guidance from the computed tomography (CT) scans or magnetic resonance imaging (MRI), one might wonder. There has been some sort of weak debates amongst surgeons—ENTs as well as maxillofacial surgeons—in this country on the most reliable, dependable form of radiological investigation to guide surgeons in decision-making regarding the extent of spread of infection. The preliminary investigations, like potassium hydroxide (KOH) staining, were found to be inconclusive especially when the specimen was taken intraorally from a tooth socket or a region of a frank sequestrum. KOH was found to be more reliable when the tissue sample was taken endoscopically from the antrum per se by our ENT colleagues. But when you have more than 50 patients waiting in various wards throughout the hospital and several new patients coming from all directions of the district and limited human resource at hand…With frank clinical signs of mucormycosis present, quick triaging becomes essential so that medical line of treatment, lipophilic amphotericin B, can be started immediately. Having a good radiological tool on hand is a gold mine in such times. 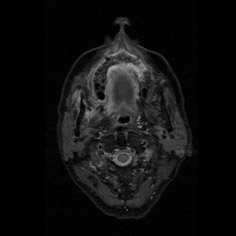 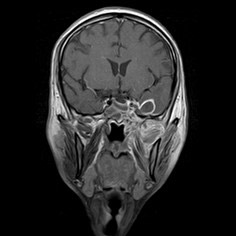 While the maxillofacial surgeons were more titled towards the contrast-enhanced CT (CECT) scans for diagnostic purposes, as we are more familiar with them, the ENT colleagues insisted on gadolinium-enhanced MRI scans of the paranasal sinuses. On routine discussion of MRIs with my ENT colleague and combining my own surgical experience with it, I observed that very often sequestration formation is a late and inconsistent finding in the palate; more often than not, there is no sequestration, yet the whole of palate was found to be dead with no architectural damage. The cause lies in the angioinvasive nature of the infection where multiple fungal thrombi block arterial supplies from various directions almost together, like guerrilla warfare against the immunologically suspended host. Hence, the only visible evidence of involvement and its extent before intervention are the MRI and surgeon’s own clinical judgement as she moves slowly towards exposure and debridement.

As doctors—surgeons—we put all our faith in evidenced-based medicine. Science is our sole savior. Yet there comes a time in our lives when we witness something extraordinarily powerful which is inexplicable through the lens of science alone. My experience of handling COVID-associated mucormycosis (CAM) as a mass level catastrophe was something along those lines.

During the postoperative ward rounds, I saw generalized apathy and human suffering all around, yet in small corners there was hope brewing as well—hope that families provided to the patients through their compassion and care. The Indian summer and its heat can burn your skin; in that weather, our patients lying on the beds and their relatives enduring all difficulties for their loved ones in the general ward (we only have a general ward), determined to take them home. I witnessed the silent strength to endure challenging times along with resilience of the human spirit each day and all that I felt was that, if one wants, nothing is impossible. 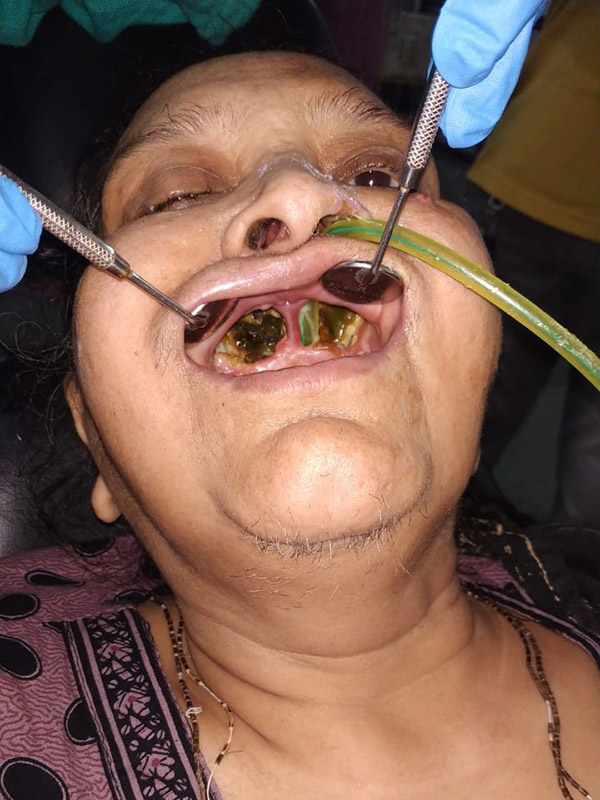 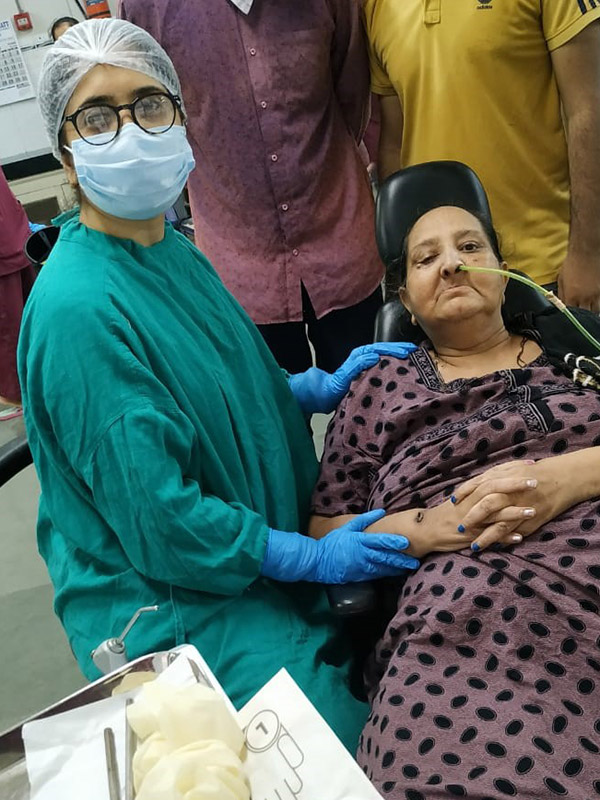 As a surgeon, I have learned a lesson about my limits: Where science reaches its limits, compassion and human resilience take over.

A lesson on interconnectedness was another one that flashed before us. However big the situation may be, if all the variables are looked upon carefully and there is respect for skill and knowledge of interdependent specialties—when there is no concern for the credit—no challenge is too big for a strong, robust, multidisciplinary team.

In modern times, when the value of human connection seems obscure, our patients taught us an important lesson about being human. They also taught us to see beyond what is merely seen. This whole catastrophe may have been preventable to a large extent, had we had a little bit of farsightedness and balanced our actions by controlling excessive use of steroids and keeping the air in our COVID-19 wards cleaner with HEPA filters, and conducting repeated nasal and endoscopic examination of COVID-19 patients with risk factors, and taken a few other simple measures. [4,5]

Before treatment and cure, each one of us has a wide space of opportunity for prevention, where if we are diligent and observant, we can take corrective actions in the nick of time and save not just lives but resources and future suffering and give our patients, communities, nations a better tomorrow.

Acknowledgment: During these difficult times, I wish to acknowledge the experts and friends who were gracious in sharing their knowledge with me on CAM and post-CAM defect rehabilitation options, through my online forum TK LIVE, Making Sense of MaxFac. I sincerely thank them for their dedication and eagerness to share their knowledge and experience with me and my attendees. Session video attached. [6] 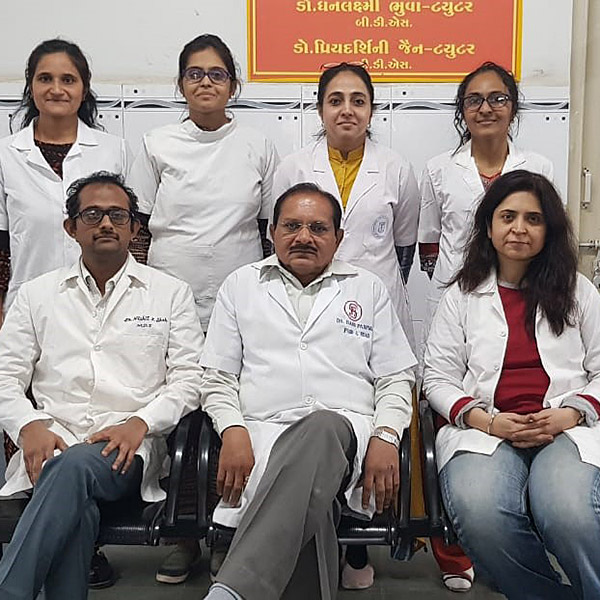 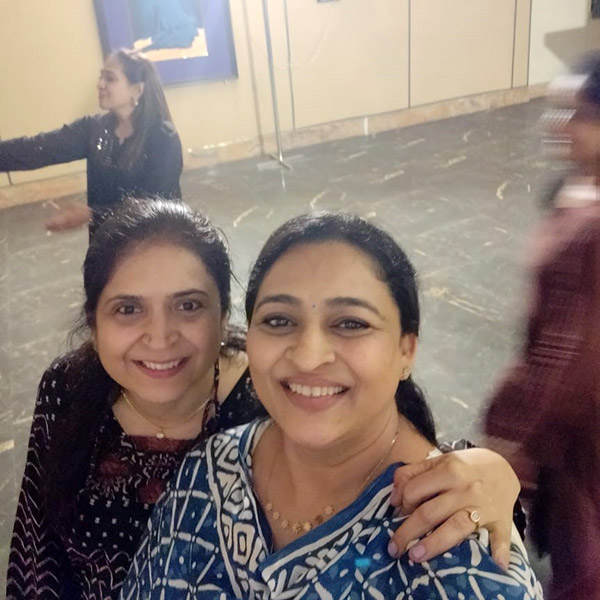 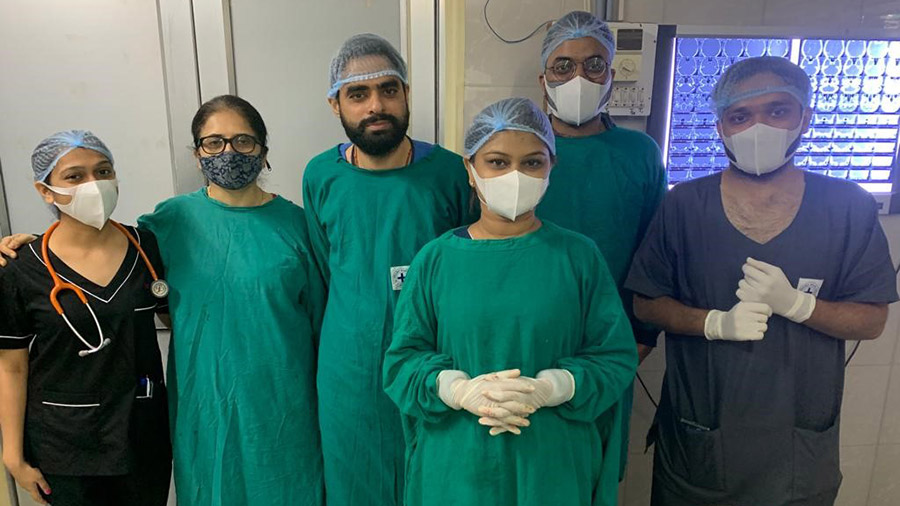 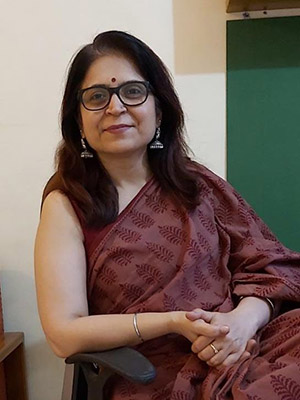 Dr Kaur has 17 years of academic experience of working in various parts of India and is currently positioned as an Assistant Professor in Department of Oral and Maxillofacial Surgery, Government Dental College and Hospital, Jamnagar, Gujarat, India. She is involved in various clinical, as well as surgical activities in the department, and is a keen clinical researcher.

Dr Kaur is also working on a free and accessible to all online forum called TK LIVE’s Making Sense of Maxfac hosted on YouTube, where she engages with young maxillofacial surgeons by creating a space for free expression of thoughts and ideas related to the field of maxillofacial surgery and by imparting quality education by inviting experts from all over the world.

Dr Kaur is an advocate for patient safety and works towards making the hospital practice a safe space for patients, through her online and offline work. She is also a strong proponent of gender equality and diversity. She is an avid reader and a polymath with multiple interests. Dr Kaur currently lives with her Beagle named Juju.

The articles included in the AO CMF Blog represent the opinion of individual authors exclusively and not necessarily the opinion of AO CMF or AO Foundation.