When AO CMF Web Editorial Group member Dr Milind N Naik started his YouTube channel ten years ago, his aim was modest: to explore social media as a vehicle putting his love for teaching into action. Naik never imagined the channel would grow to over 5,250 subscribers, including both health care providers and patients. 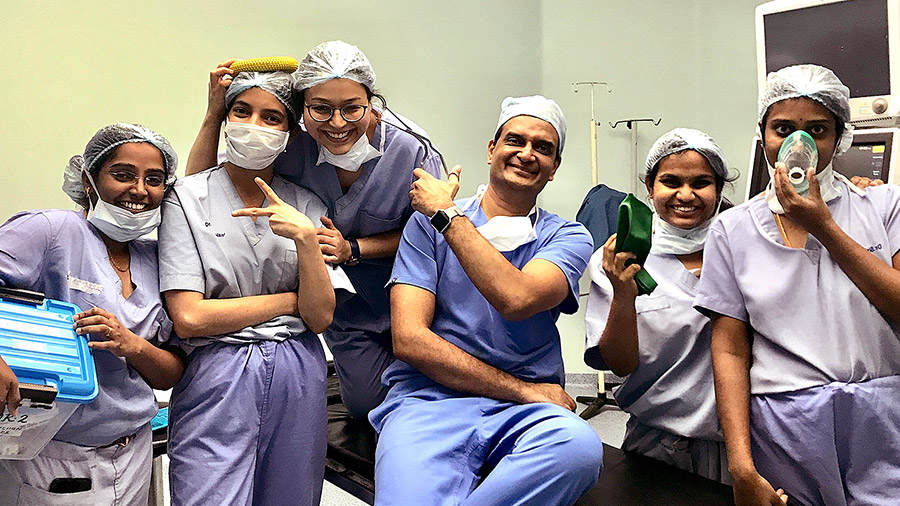 Over the course of his career, Naik—a consultant surgeon at the acclaimed LV Prasad Eye Institute (LVPEI) in Hyderabad, India—has performed thousands of facial, eyelid, orbit and other eye-related procedures on patients. His YouTube channel is closely aligned with the very reason he became a doctor: to help others.

“I chose medicine as a career because I perceived it as a profession where you work for others, rather than for yourself,” he explained. “In the late 1990s, ophthalmology was an emerging specialty. Micro-precision and its exclusive association with the most important special sense—vision—attracted me to ophthalmology. With ophthalmology, I soon realized that oculoplastic surgery gave the widest and most interesting spectrum to work with and that became the way I invest my life.”

With his commitment to helping others, it should come as no surprise that Naik went looking for a way to share his expertise, and YouTube has proved a superb means of doing that.

“The YouTube channel happened to me serendipitously,” he said modestly. “I love teaching residents and fellows; it is an important part of my career…but I realized that not everyone can travel to me and spend a two-year fellowship to learn. I decided to explore social media to reach many more students and practitioners interested in learning about oculoplasty. And my YouTube channel was born!”

Naik posted his first YouTube video on May 15, 2009 and just four years ago, his channel’s popularity began to soar.

“My initial target audience was doctors and I focused on surgical procedures, but I found that patients were watching the videos, too, so I recently shifted the theme of my videos to educate patients about common oculoplasty procedures,” Naik said.

While videos about surgical techniques can be interesting to doctors, patient stories have the power to inspire others to seek medical advice or undergo a particular oculoplastic procedure, he explained.

To keep his channel upbeat and engaging, he employs clever alliterative titles—like Monday Magic, Thursday Thyroid, and Fantastic Friday—and he involves consenting patients in his development of content on his channel.

“Each Monday, I present pre-procedure and post-procedures photos illustrating a case. The unique feature is that the post-procedure photo is not the bland, straight-forward face photos that we often see in scientific presentations; instead, I let the patient choose his or her best profile picture. This may at first seem unscientific, but it better depicts the change that my surgery has brought to the patient’s life,” Naik said. “Naturally, this has better appeal and reach among lay people as well as non-ophthalmologists.”

As a busy surgeon, Naik is never at a loss for the inspiration that shapes his YouTube channel’s content and keeps his subscribers coming back for more.

“Ideas can strike anywhere—from the clinic to the shower,” he said. “I shoot videos in the operating room or clinic. Topics, too, come to me randomly based on the perceived need. If patients with a particular diagnosis ask the same types of questions, I realize a need for a video and I begin my work. It’s much like being a movie director: First comes the theme, then the script and then the casting. My casts are patients and volunteers. Of course, they have to give consent—and I am lucky to have patients who are mostly keen to help.

“I learned how powerful social media can be in spreading positivity and hope. It has made me a more humble doctor and a more effective teacher.” To date, his most popular video, titled “My experience with eyelid (ptosis) surgery,” explores the real-life experience of an eye doctor who underwent eyelid surgery at Naik’s expert hands.

“Although this video does not have the highest number of views—only 37,715 at present—the patient interest, online discussions and surgical inquiries I have received through it have been shocking!” he said. “I often find a patient sitting in a clinic where the documented ‘chief complaint’ is ‘Patient watched Naik’s video and is here to meet him.’ The popularity of the channel has been totally unexpected and still surprises me.”

The YouTube channel has helped Naik reach more patients and train more doctors. He is proud when patients associate him with the channel. As he continues to develop the channel, Naik hopes to explore 3-D video as an option.

“I learned how powerful social media can be in spreading positivity and hope,” he said. “It has made me a more humble doctor and a more effective teacher. As a member of the AO CMF faculty and the AO CMF Web Editorial Editorial Group, I would love to bring out a video motivating young surgeons to join AO CMF.” 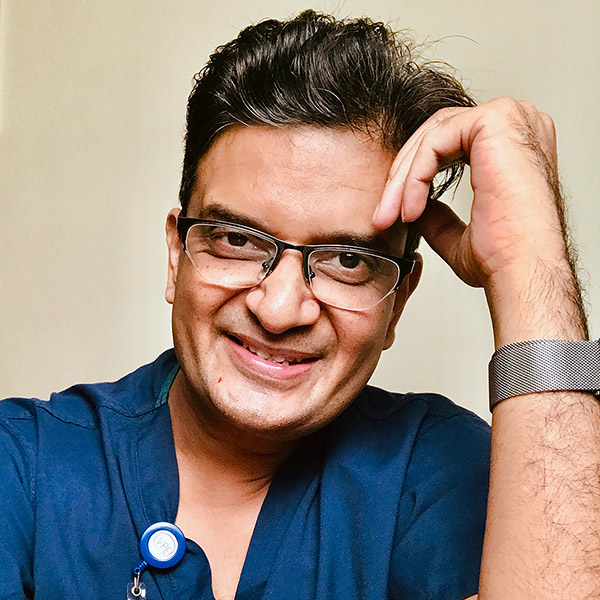 Born in Mumbai, India, and raised in the small town of Nasik along the banks of the sacred river, Godavari, AO CMF faculty member Dr Milind N Naik is an expert in eyelid and cosmetic and reconstructive surgery. He completed postgraduate training in ophthalmology at Christian Medical College in Vellore, India, and in 2001 joined the renowned LV Prasad Eye Institute (LVPEI) at its Kallam Anji Reddy Campus in Hyderabad, India, as a full-time consultant surgeon. Additionally, he coordinates the residency program at LVPEI and is an adjunct professor of ophthalmology at the University of Rochester in Rochester, New York, United States. He and his wife, Vibha—who is an anesthesiologist and intensivist working in a busy Hyderabad oncology center— have one daughter, Jaee, who studies medicine at St. John’s Medical College in Bangalore, India.