The first animal to be treated for repair of a fracture was the dog belonging to Mrs Willenegger in 1943, and took place in a human hospital in Winterthur (CH).

AO VET was founded in 1969, just ten years after the inception of the AO Foundation, when it was decided that animals too should benefit from advances in fracture treatment. 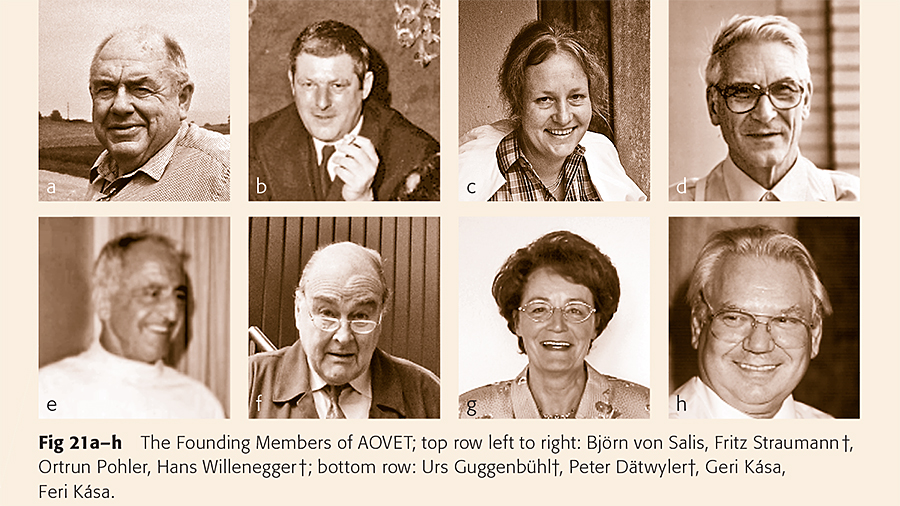 Source: The History of AO VET —The First 40 Years

In the early years, AO surgeons worked side by side with a number of veterinarians interested in learning the new techniques. These bold collaborators soon developed concepts for the veterinary applications of the Mathys and Straumann implants, and began to apply AO principles to both small and large animals. 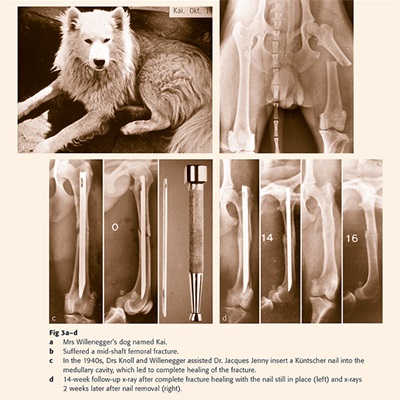 In 1975 the AO VET Center was established in Waldenburg (CH) under the direction of Dieter Prieur, a German small-animal specialist. Over the years, the organization flourished.

In 1983 Maurice E Müller developed the definitive fracture classification system for long bone fractures. By 1984, AO was under the guidance of several interconnected governing bodies: the Assembly of Trustees, the Academic Council, and the Board of Directors.

In 2007, AO VET was recognized as one of the four specialties of the AO Foundation: Trauma, Spine, Craniomaxillofacial (CMF), and VET.

Read about the formation of AO VET