Pertrochanteric femoral fracture fixation with the use of cephalomedullary nails (CMNs) has become increasingly popular in the recent past. Known complications after fracture consolidation include peri-implant fractures following the use of both short and long nails, with fracture lines around the tip of the nail or through the interlocking screw holes, resulting in secondary midshaft or supracondylar femoral fractures, respectively. Limited research exists to help the surgeon deciding on the use of short versus long nails, though both have their benefits.

This project aimed to investigate one of the newest generations of short and long CMNs in a human anatomical model, in terms of construct stability and generation of secondary fracture pattern following pertrochanteric fracture consolidation.

Sixteen paired human anatomical femora from eight donors (five women and three men) aged 83.4 ± 7.7 years (range, 74–95 years) were assigned to two groups of eight specimens each for nailing with short or long CMNs. The newest generation CMNs of the series Trochanteric Fixation Nail Advanced (TFNA) of 10 mm diameter and 130° neck-shaft angle were used with reaming of the intramedullary canal to a diameter of 11 mm before insertion of the long nail. Based on a multi-ethnic computational analysis, this generation features an improved nail shape with 1.0 m radius of curvature designed to better fit the patient's anatomical bow and enhance implantation. The length of the short nails was 170 mm, whereas the length of the long ones was chosen distally to the metaphyseal flare. Helical blades were used as head elements, ensuring an appropriate tip-to-apex distance of less than 20 mm. The short nails received one distal interlocking screw in the static position, and the long nails also received one distal interlocking screw in the most proximal static hole. The implantation was performed without a fracture to simulate a peri-implant fracture in a united femur.

Each specimen was first biomechanically preloaded at 1 Hz over 2000 cycles in superimposed synchronous axial compression to 1800 N and internal rotation to 11.5 Nm (Fig 1). Next, internal rotation to failure was applied over an arc of 90° within 1 second under 700 N axial load. Torsional stiffness as well as torque, angle, and energy at failure were evaluated. Digital image correlation analysis was performed by means of stereographic optical measurements using a contactless full-field deformation technology to calculate the strain at the fracture site. Fracture patterns were analyzed.

Fig 1 Setup with a specimen mounted for biomechanical testing. The axis of the femur is aligned to the machine axis and the bone surface is sprayed with fine black-white speckle pattern for digital image correlation analysis. 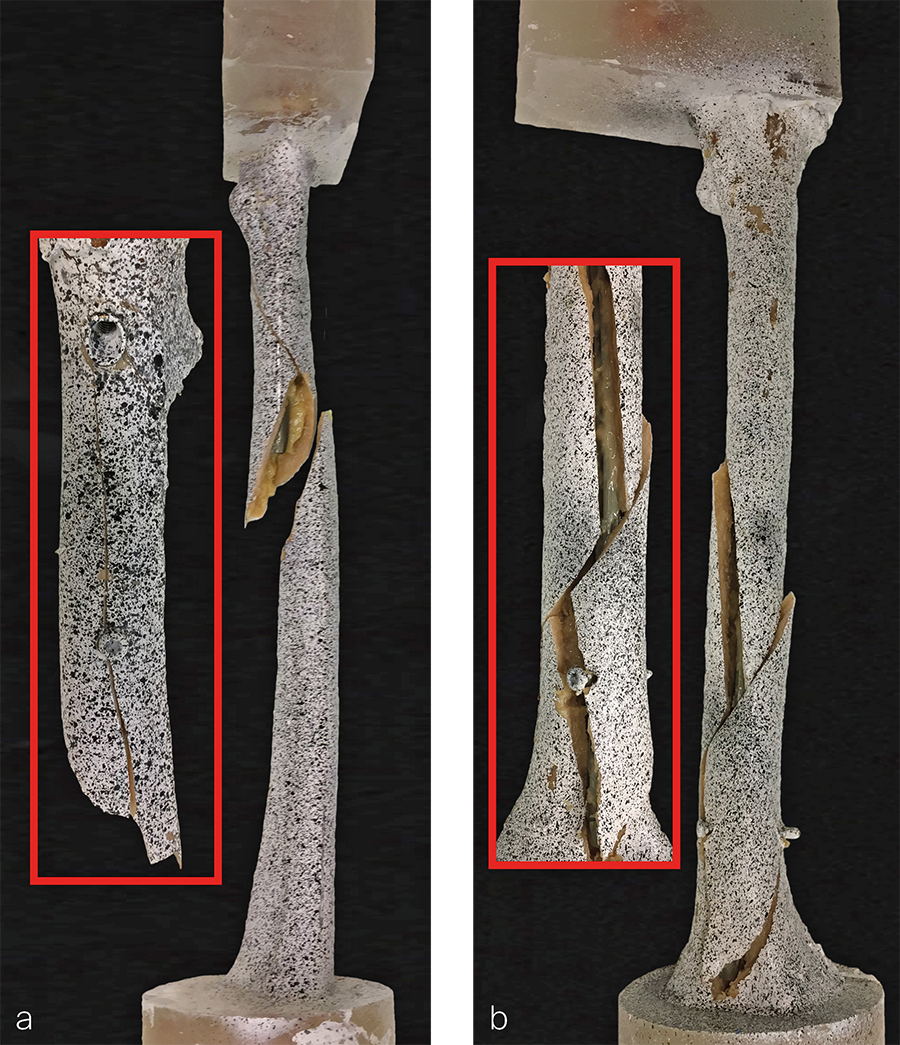 Fig 2a–b Fracture patterns in two specimens implanted with Trochanteric Fixation Nail Advanced (TFNA): (a) short TFNA; (b) long TFNA. The femur with short nail demonstrates a fracture through the head element with a spiral fracture line in continuity with the distal interlocking screw hole. The femur with long nail is fractured through the distal interlocking screw hole with a multifragmentary pattern.

From a biomechanical perspective, the risk of secondary peri-implant fracture after intramedullary fixation of pertrochanteric fractures is similar when using short or long TFNA. Moreover, for both nail versions the fracture pattern does not unexceptionally involve the distal locking screw hole.

This investigation supports more recent clinical and biomechanical research on the peri-implant fracture risk in short and long CMNs. It seems reasonable that if a patient has a canal amenable to a well-fitting short nail, the quicker operation and less blood loss can make it the better procedure, especially for the sicker patient. Moreover, a revision of a secondary fracture around a long nail might be more demanding because of fracture lines being potentially closer to the knee joint. 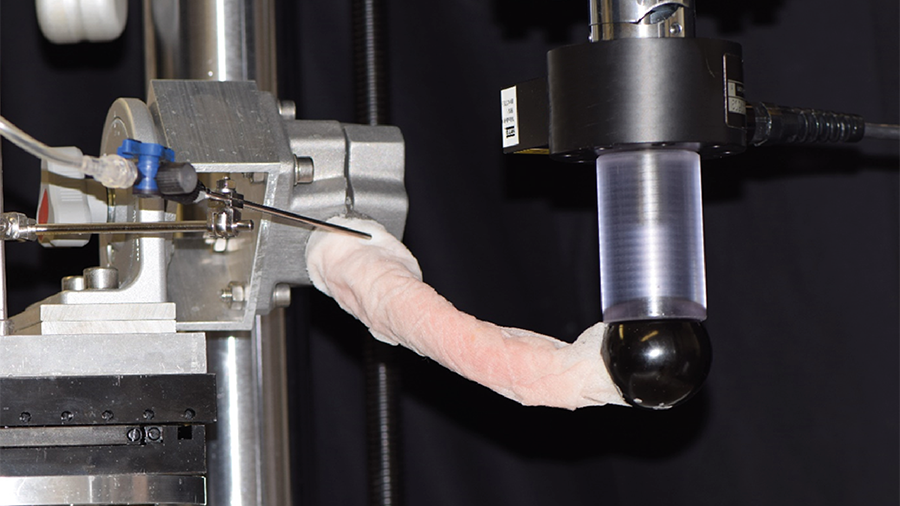 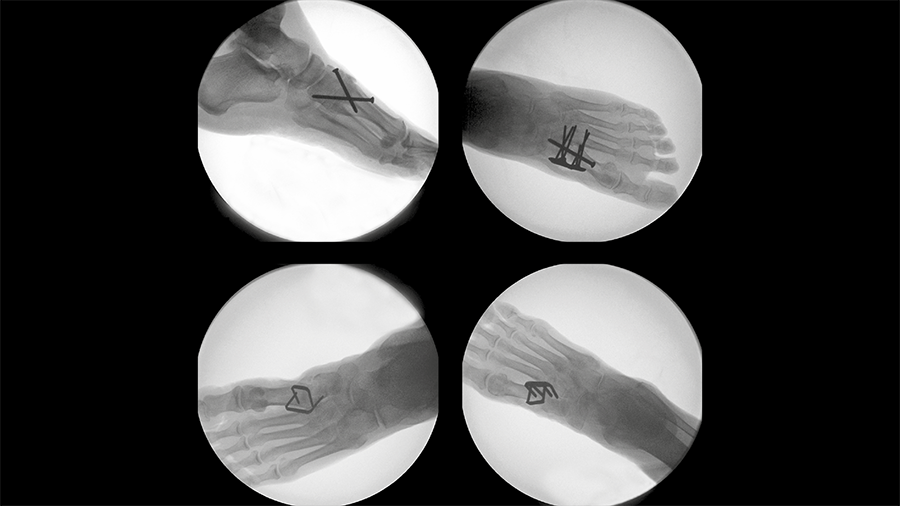 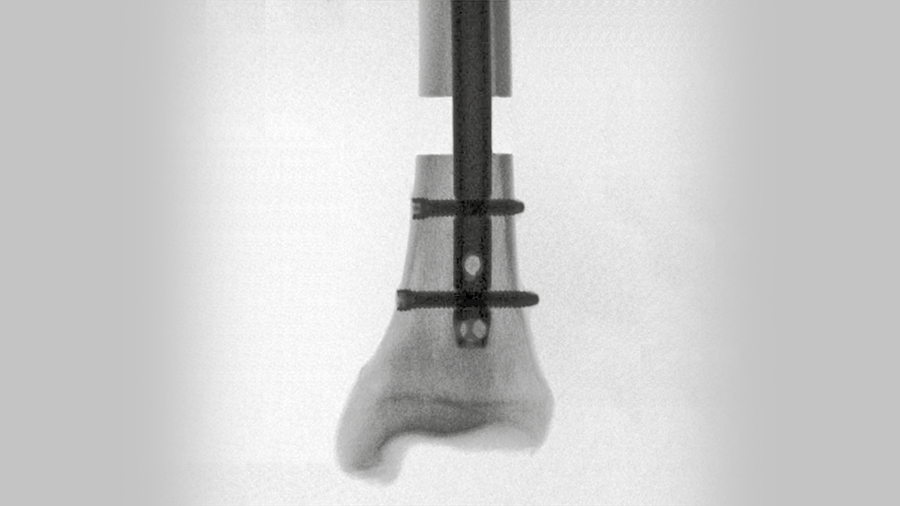 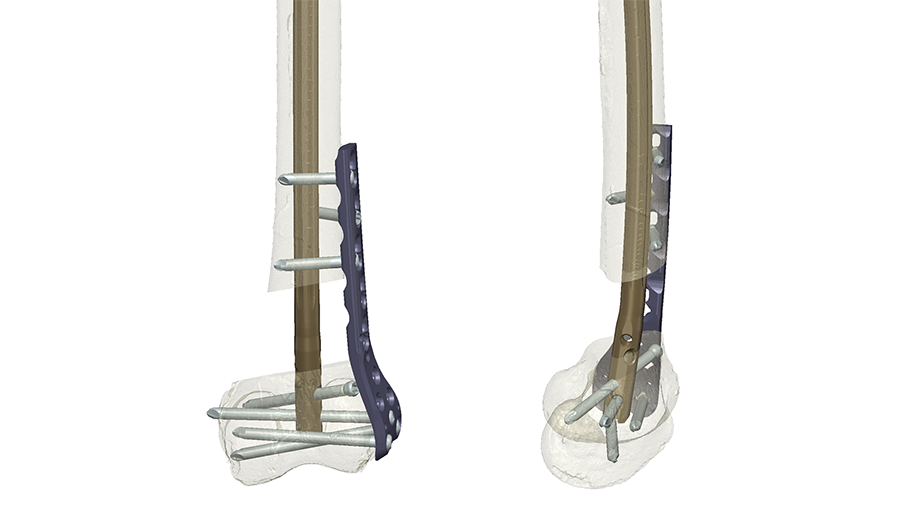 The treatment of osteoporotic comminuted distal femoral fractures shows a positive response to this new approach.