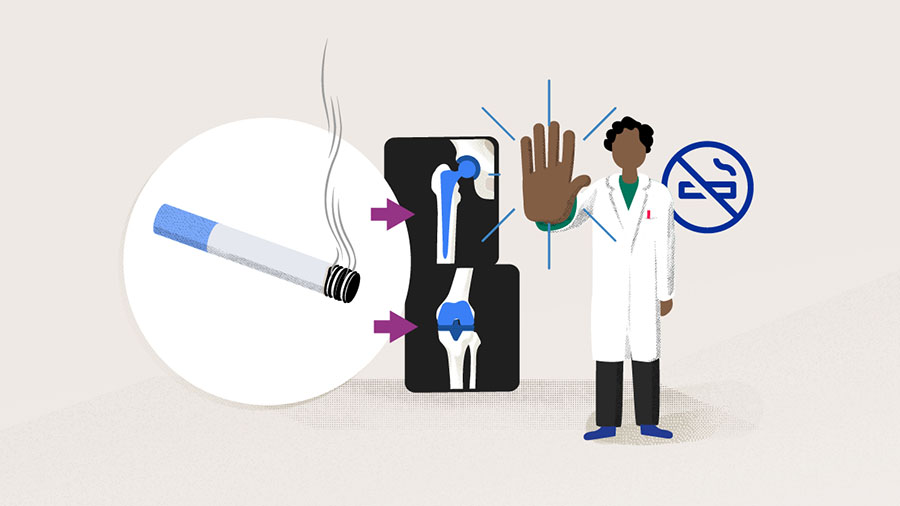 It has been demonstrated that cigarette smoking (and presumably all forms of tobacco use) impairs wound healing and increases the chance of wound infection after orthopedic surgical procedures. Potential mechanisms for these observations include decreased blood flow due to vasoconstriction and local tissue hypoxia. Aside from its effect on soft tissues, it is believed that cigarette smoking also affects bone regeneration and bone healing directly, leading to nonunion after lumbar or ankle arthrodesis [1]. Therefore, it is not surprising that smoking has been shown to be a risk factor for various orthopedic surgeries, including total joint arthroplasties (TJA).

Among the three modifiable risk factors (diabetes, obesity, and tobacco smoking) discussed in this series of articles, tobacco smoking has the weakest evidence and had been, until recently, infrequently mentioned during patient counseling. Are heavy smokers reasonable candidates for TJA? Are the effects of chronic smoking reversible? Should patients be advised to stop smoking before surgeries? Steven MacDonald from The University of Western Ontario, London, Ontario, Canada reviews the current evidence with us. 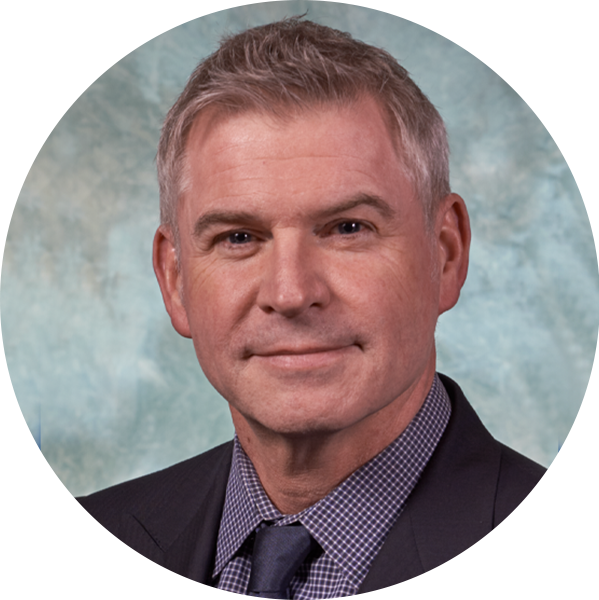 Does active smoking have a negative impact on total joint arthroplasty?

Roughly 3,500 chemicals are released during cigarette smoking. Among these chemicals, nicotine as a vasoconstrictor reduces blood flow to skin, increases platelet aggregation, and inhibits the function of fibroblasts, red blood cells, and macrophages. Carbon monoxide, via its stronger affinity for hemoglobin than oxygen, causes the displacement of oxygen from hemoglobin, which leads to a lower oxygen tension in cutaneous and subcutaneous tissues. Hydrogen cyanide inhibits the activity of enzymes involved in oxidative metabolism and oxygen transport at a cellular level [1, 2]. With these known physiological effects, it is therefore natural to suspect that tobacco smoking can lead to negative outcomes after TJA. The clinical evidence, however, has been inconclusive and the degree of correlation unclear [3]. As has been pointed out by many, in comparison to nonsmokers, smokers had an increased risk of wound complications, deep infections, implant revisions, hospital readmissions, reoperations, and mortality, though others had reported no statistically significant differences on the same outcomes between smokers and nonsmokers [3, 4].

The discrepancies among different publications may be explained by, for example, the differences between total hip arthroplasty (THA) and total knee arthroplasty (TKA), as seen in the reports by Khan et al [5] and Peersman et al [6]. While Khan et al [5] reported that no statistically increased risk of superficial or deep infection was observed for smokers in THA, Peersman et al [6] reported that active smoking was associated with an increased overall risk of infection after TKA. Patient heterogeneity could be another explanation: in a 2011 study by Singh [7], results showed that, when nonsmokers were used as the reference, former smokers had higher odds of any postoperative complication (odds ratio [95% confidence interval, CI], OR = 1.32 [1.05, 1.66]) than current smokers (OR [95% CI] = 1.24 [1.01, 1.54]). Former smokers were also observed to have higher odds of death (OR [95% CI] = 1.69 [1.08, 2.64]) than current smokers (OR = [95% CI] 1.63 [1.06, 2.51]). Singh [7] reasoned that in the study population, the current smokers tended to be younger than the former smokers and therefore the observation may reflect the survival advantage of the younger cohort of patients; readers should therefore be cautious when interpreting the results. Not surprisingly, a number of more recent studies using multivariate regression analysis to adjust for confounding factors showed that former smokers had reduced risk in periprosthetic joint infection (PJI) or reoperation for infection in comparison to current smokers after primary TJA [4, 8].

Other factors such as small sample size and short-term outcomes may also explain the contradictory results [3, 4]. In addition, differences in the definition of the outcome measures (eg, surgical site infection, SSI) and smoking status may also contribute to the different results of the studies [8]. 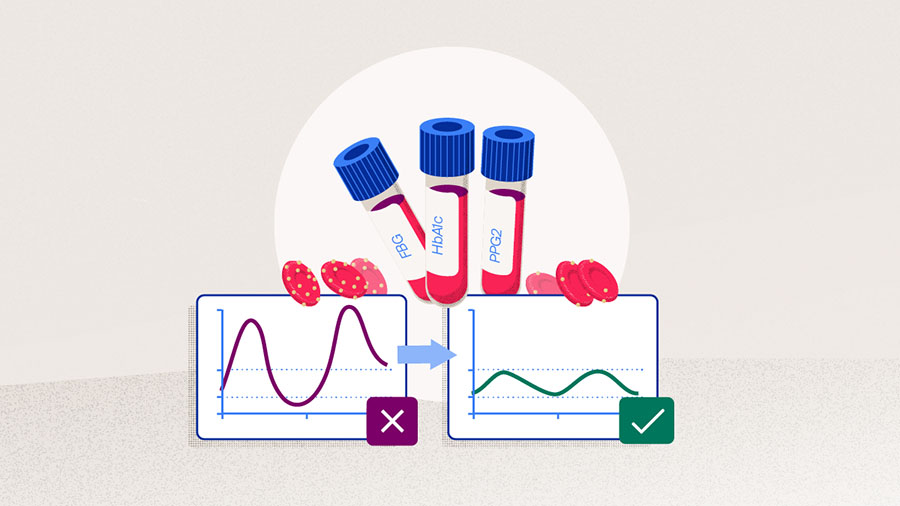 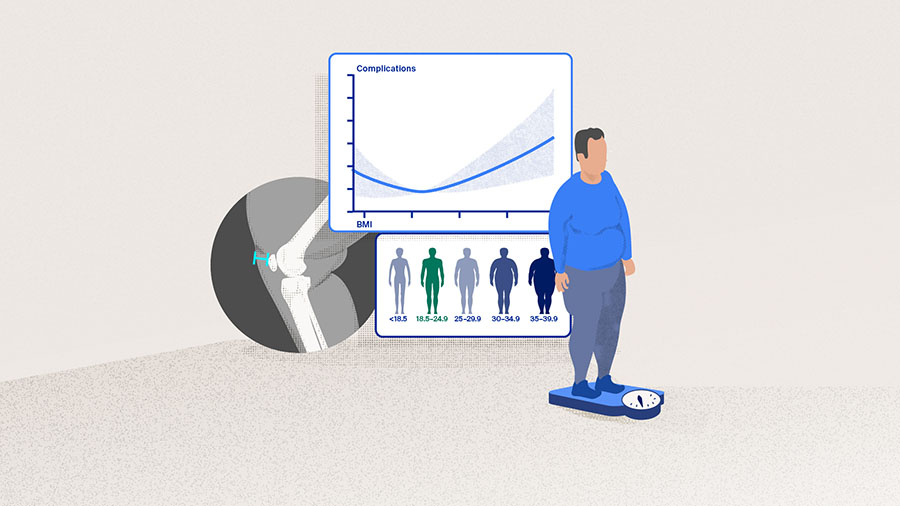 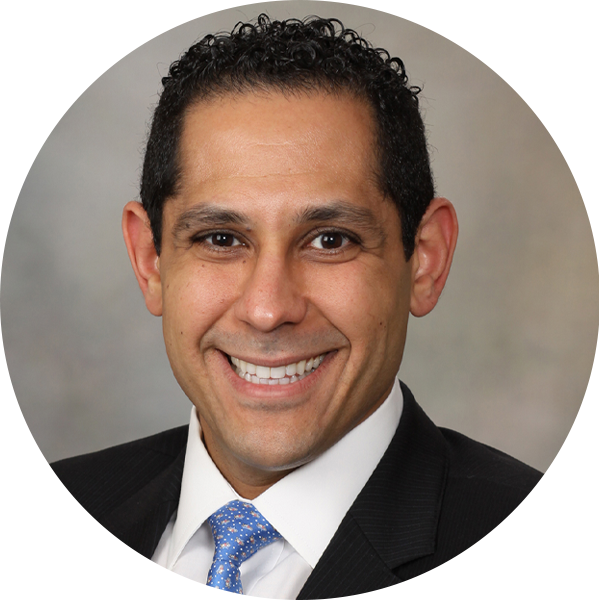 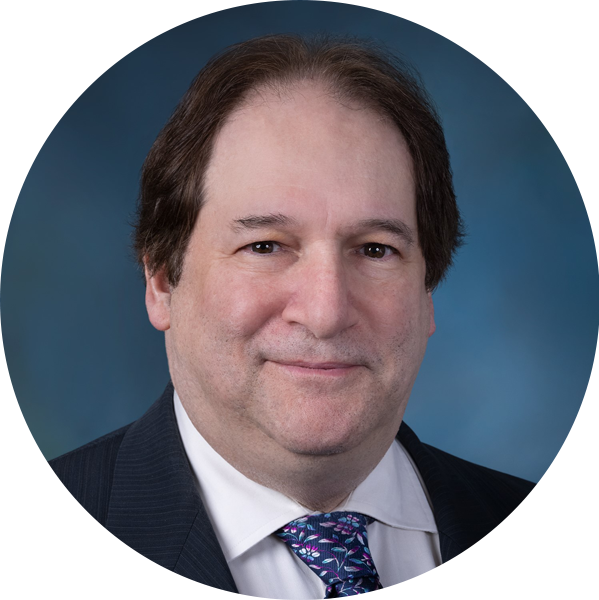