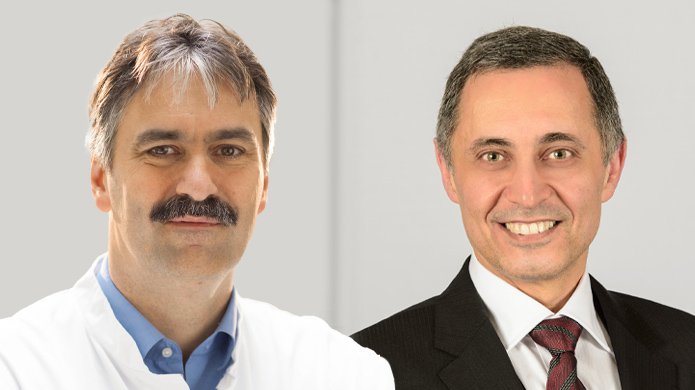 The AO Foundation Board in March 2021 unanimously elected Carsten Perka, professor and medical director at the Center for Musculoskeletal Surgery, University Hospital Charité, Berlin, Germany as the next chairperson of the AO Recon Steering Board. His three-year term began immediately after the 2021 Assembly of Trustees on June 24. His predecessor Norbert Haas will remain actively involved as the past chairperson of the board.

The AO Recon Steering Board subsequently and unanimously elected Bas Masri, professor of orthopedics at the University of British Columbia and head of orthopedics at Vancouver Acute Health Services, Vancouver, BC, Canada in April 2021 as the next chairperson of the AO Recon Education Forum.

Both Carsten and Bas look forward to their new responsibilities. From AO Recon's beginning, key opinion leaders in arthroplasty have played a major role in the clinical unit's success. This will continue in the future, as AO Recon seizes opportunities and tackles the challenges ahead. Rotation plans have been created for both the AO Recon Steering Board and the AO Recon Education Forum to ensure that new talent is gradually and continuously introduced.