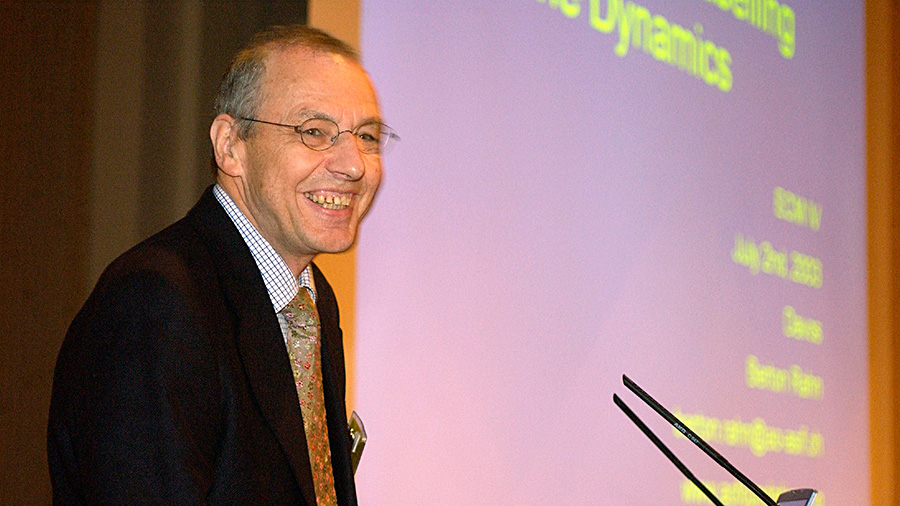 Initially known as the AO Research Fund Prize, the Berton Rahn Research Award was renamed in 2009 to recognize the numerous contributions made to the AO Foundation by Prof Dr med Dr med dent Berton Rahn. Prof Rahn, whose histological work on bone remodeling is world-renowned, joined the AO Research Institute Davos (ARI) in 1968 and became its vice-director in 1975. He passed away not long after retirement in March 2008.

In 2022, Prof Dr Stephen Ferguson won the Berton Rahn Research Award. Prof Ferguson, a professor of biomechanics at ETH Zurich, has collaborated for almost three decades with the AO Research Institute Davos (ARI), where he completed a research internship in 1994 and a PhD in hip joint and soft tissue biomechanics from 1996 to 2000.

In his work, Prof Ferguson focuses on the biomechanics of age-related diseases of the musculoskeletal system. With his research group, he develops new treatment methods based on novel biomaterials and fabrication methods for conditions related to increased bone fragility and disc degeneration.

One example is ANNUMECH, for which Prof Ferguson received this year's Berton Rahn Research Award. The project yielded a new method for fabricating fibrous membranes that can be used to repair lesions of the annulus fibrosus—the hard circular exterior that encases the soft inner core of intervertebral discs. The team successfully modified the already established biofabrication method of electrospinning, which employs electrostatic forces to create fine fibers.

"However, conventional electrospinning produces fibers in random orientation with tight spacing, which hampers cell and tissue growth," explains Prof Ferguson. "We were able to improve the process to achieve both specific fiber orientation and sufficient inter-fiber spacing."

The team also succeeded in furnishing the membranes' sides with differing characteristics—while one enhances cell and tissue adhesion, the other prevents it. The latter is particularly important in treatments deployed in close proximity to the sensitive neural structures of the spine.

Prof Malda places his research emphasis on the interplay between biology and technology. He examines how biofabrication technologies can contribute to the treatment of musculoskeletal diseases, for example, through the recreation of three-dimensional (3D) biological environments as a means of fostering tissue regeneration.

Prof Malda won the Berton Rahn Research Award in recognition of 3D-JOINT, a research project on the treatment of osteochondral defects, specifically osteoarthritis (OA). In collaboration with ARI and with funding from the European Research Council (ERC) and the AO Foundation, he and his team developed a 3D bio-printer to produce durable and mechanically stable joint replacements. Rather than printing layer by layer, the device utilizes a converged printing process. Several distinct fabrication steps occur simultaneously, allowing for the controlled deposition of microfibers and cells.

"We can alternate in whatever way necessary between printing cell-laden hydrogels on the one hand and resorbable thermoplastic polymers on the other," says Prof Malda. The result is a better integration of cartilage and bone components. At the interface between the engineered cartilage and the bone, the process fuses microfibers with a calcium phosphate-based bone compartment, resulting in a more durable connection. Prof Malda expects prospective applications both in human and veterinary medicine. 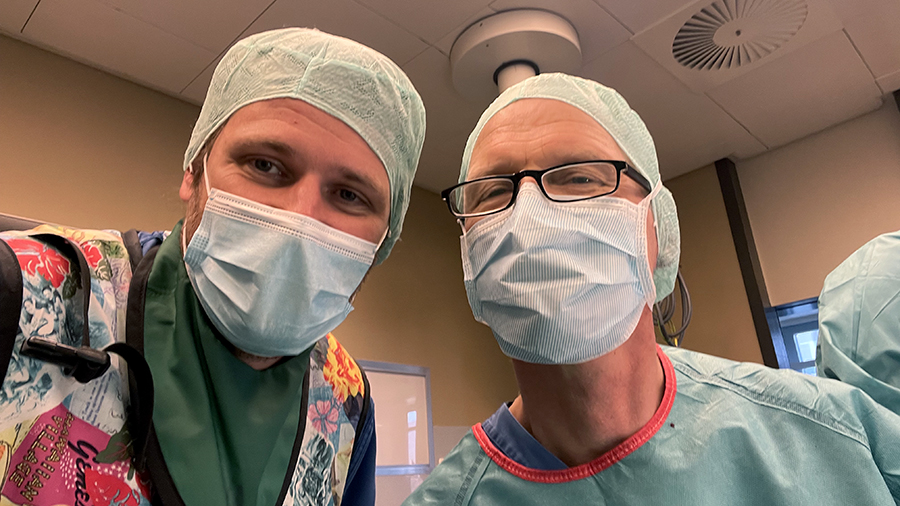 ‘Having a real impact’
Biphasic Plate DF coinventor Devakar Epari echoes Windolf’s sense of satisfaction that—years after he and Windolf first discussed the plating concept during their 2014–2015 fracture healing research collaboration at QUT—the plate is now contributing to a patient’s recovery.

“It feels amazing and it is certainly the most significant professional contribution that I’ve made, which spans teaching, research, and innovation,” says Epari, an associate professor of biomedical engineering at the QUT School of Mechanical, Medical and Process Engineering. “I feel a great sense of satisfaction that my work—and not only the Biphasic Plate DF but the many years of research before it—is having a real impact.”

Going forward, the development team will continue to support clinicians in using the Biphasic Plate DF in order to collect data to determine the extent of benefits it provides to patients, with an eye to scaling up and demonstrating that the concept can address other anatomical areas, such as the lower tibia or upper arm.

“We are proud to support this project and the excellent project team with the AO's Development Incubator,” says Roland Herzog, Head of the AO ITC’s Technology Transfer. “It is by innovations like the Biphasic Plate DF that we can support the AO mission of promoting excellence in patient care and outcomes in trauma and musculoskeletal disorders." 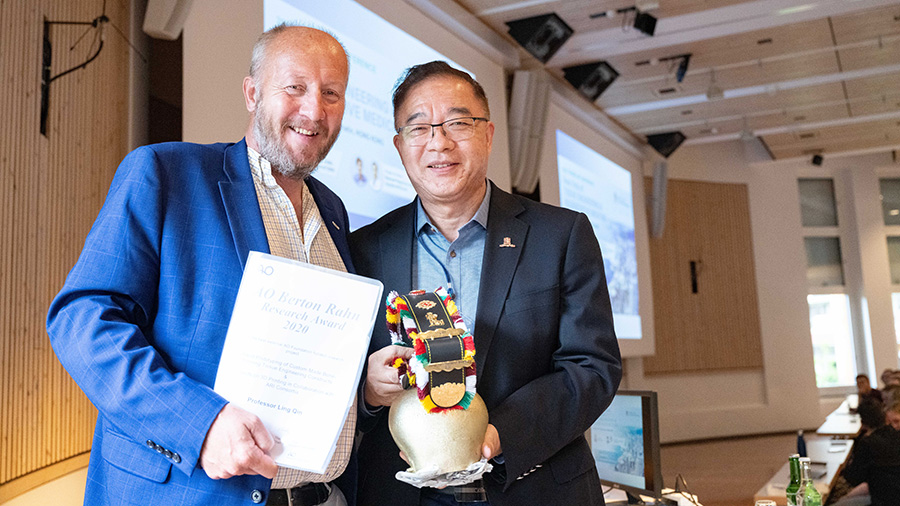 ARI Director Geoff Richards (left) with Prof Ling Qin (right), 2020 winner of the Berton Rahn Research Award at the 2022 eCM conference, Davos, Switzerland
Until 2017, the Berton Rahn Research Award was awarded annually in honor of the best completed AO Start-up grant project. Today, the award, which consists of a keynote presentation at ARI's eCM conference and a certificate, is open to any AO-funded research.
﻿